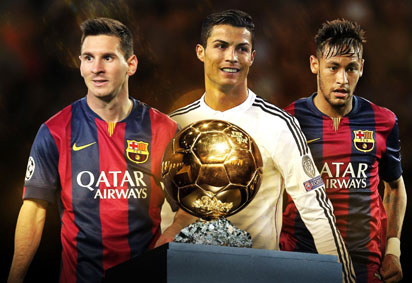 Barcelona superstar Lionel Messi is targeting an unprecedented fifth Ballon d’Or award in Zurich on Monday, with the Argentine heavily favoured to reclaim the prize from three-time winner Cristiano Ronaldo. Brazil striker Neymar, who plays alongside Messi at Barca, is also in the running to be crowned world player of the year after he was included on the three-man shortlist for the first time. Messi, who won the award four times in a row from 2009-2012, scored 48 goals for Barca in 2015 as the Catalan giants reclaimed their status as the world’s top club side, easily overcoming South American champions River Plate in the Club World Cup in Japan last month.

Former Barca captain Carles Puyol believes Messi is the clear frontrunner for the award and backed the Argentine to rack up yet more honours in the years to come. “You never know what can happen, but it would be a big surprise and injustice if Messi didn’t win the Ballon d’Or,” Puyol told Barcelona’s official website. “The best thing about him is that he continues to evolve and has more records all the time. Now he is more complete and it seems as if he has no ceiling.

“It is difficult to imagine another player winning five Ballon d’Ors, but, moreover, Leo Messi will not retire tomorrow and if he wins on Monday and continues like that, he can win more.” Barca president Josep Maria Bartomeu was also quick to throw his support behind Messi, while Luis Enrique, who is up for coach of the year alongside Bayern Munich’s Pep Guardiola and Chile’s Copa America-winning boss Jorge Sampaoli, called the Argentine “unique and unrepeatable”.

By comparison, it was a turbulent season for Ronaldo — world player of the year in 2008, 2013 and 2014 — and Real Madrid as they played second fiddle to their arch rivals despite a contribution of 54 goals in 52 games from their Portuguese talisman.

Neymar may appear an outsider for the award this time, but the 23-year-old Brazilian is emerging as the main threat to end the Messi-Ronaldo Ballon d’Or stranglehold — Kaka in 2007 was the last player other than the dominant duo to claim the prize — after transforming his prodigious talent into 41 goals of his own this past year.

Enrique also insisted that Messi should walk away with another prize in Zurich after being nominated for the best goal of the year for his sensational solo effort in the final of the Copa del Rey against Athletic Bilbao. Messi’s strike is up against Alessandro Florenzi’s incredible long-range effort against Barcelona for Roma back in September and Brazilian Wendell Lira, but Enrique believes the setting of Messi’s goal in a cup final gives it added value.

“It is more difficult to beat four or five players in a Cup final. The other one is in a Champions League group game and obviously has its merit. Florenzi is a player with a spectacular shot, but for me Messi’s has more merit,” said Enrique. USA World Cup-winning captain Carli Lloyd, Japan midfielder Aya Miyama and now-retired Germany striker Celia Sasic are in contention for the FIFA Women’s World Player of the Year award. 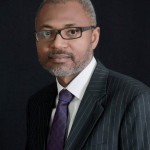