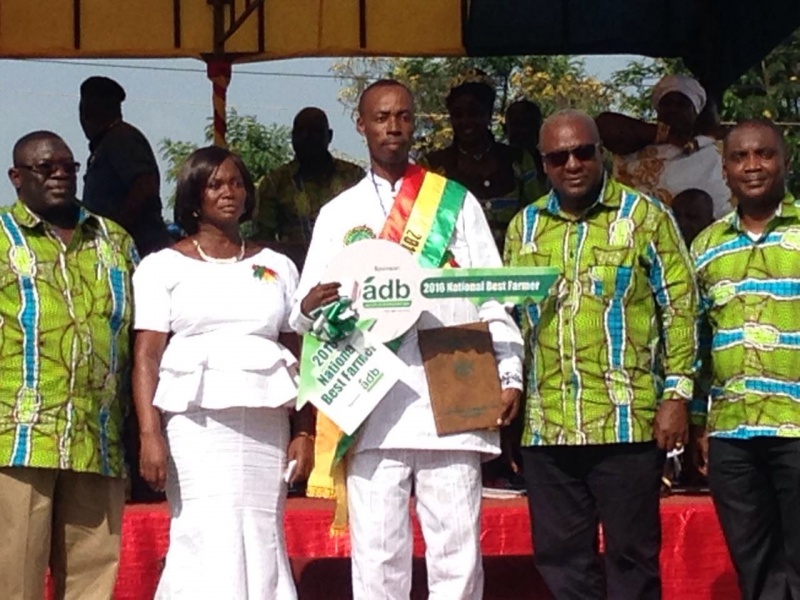 Robert Crentsil, a 42-year old is the national best farmer from Ejumako-Enyan-Essiam in the Central region.

Mr Crentsil who emerged as the overall best farmer was praised for engaging in various agricultural productions including 120acres of cocoa, 80acres of rubber, 60acres of plantain, 60acres of cowpea, 30acres of cassava, 15acres of citrus, 7acres of oil palm, 6acres of coconut.
play

Read more: Nduom assures farmers of better living conditions
President John Mahama in his address at the 32nd National Farmers’ Day celebration held at Kintampo in the Brong Ahafo Region under the theme: ‘Agriculture: A Business Response to Economic Growth’, he refuted claims by the New Patriotic Party (NPP) that agriculture has been declining under the NDC government.
play

“The impression created in the media is false. Let me state for a fact that the agriculture sector is not in decline. A sector that is growing at 2.5 percent cannot be said to be in decline.”

“The statistics can be crosschecked at statistical service. The fact that agric’s contribution to the GDP is not what it used to be in the past, does not mean that it is declining, it simply means that other sectors of the economy are also doing well; which is good for the economy and normal for every developing and developed country,” he said.

He said, the agricultural sector has seen a 2.5percent growth under the NDC government.
play

President Mahama noted that “A sector that is growing at 2.5percent cannot be said to be in decline and the figures we’re seeing for this year are even more outstanding because the figures we see for the first quarter for the agricultural sector in terms of growth for first quarter 2016 is showing 3.8percent, according to the Ghana Statistical Service quarter newsletter. And for the second quarter it is showing 4.1percent.” 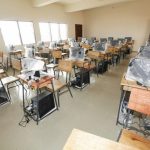