* Kanu played into the hands of his persecutors —Chief Odukwe

South-East Based Coalition of Human Rights Organisations, SBCHROs, has called on the Nigerian Bar Association, NBA, the umbrella body of lawyers in Nigeria and other rights groups in the country, to direct their members to boycott courts in Nigeria in protest over President Muhammadu Buhari’s disobedience to orders of courts in the country.

CSBHROs in a statement, said: “It is no longer a subject of debate whether or not Nigeria of Buhari’s civilian presidency is tyrannical-cum-dictatorial; as the country is fully back in dictatorship or chained democracy. Nigerians should also not lose sleep or express surprises over recent or ongoing public antics and pro-dictatorial comments of the Attorney General of the Federation, Mallam Abubakar Malami, SAN, and the likes of Professor Itse Sagay, SAN, and Senator Ali Ndume, Senate Majority Leader; rather all Nigerians, particularly the NBA and other democratic forces should concern themselves sleeplessly with how to rise up endlessly against the resurrected dictatorship and its destructive forces.

“Our coordinating partner: Intersociety had severally argued expertly and seminally that the emergence of dictatorship or tyranny and its sustenance under a civilian administration, is not the sole activity of a dictator or tyrant; but a hatched conspiratorial project involving other dictatorial or tyrannical elements. It further observed that the first victims of dictatorship are the judiciary and the legislature, leading to instant death of rule of law, separation of powers and checks and balances.

“Further attestation to the existence of the two forces of opposite direction under the Buhari’s dictatorial presidency is the recent launch of online signature project spearheaded by a risen constitutional lawyer and Georgetown University law scholar, Ms Carol Ajie; for the purpose of compelling President Buhari to obey court orders and other judicial consequential pronouncements or resign or be impeached.

“In other words, the former represents agents of change while the latter represents chain agents. Counsel Carol Ajie’s advocacy step is deeply commendable, exemplary and emulative.

“It further gladdens our heart to note the recent public position taken by the national leadership of the NBA against the Buhari’s recent justification to his disobedience to court orders in Nigeria, particularly as it concerns the duo of Nnamdi Kanu and Sambo Dasuki. Its insistence that court orders and judgments must be obeyed and enforced to the letter in Nigeria by all authorities and persons; is a welcome development. In Section 287 (1) (2) (3) of the 1999 Constitution, the decisions of the Supreme Court, Court of Appeal, Federal High Courts, High Courts of State and FCT and other subordinate courts, shall be obeyed and enforced in any part of Nigeria by all authorities and persons including President Buhari and his AGF.

“Disobedience to court decisions is one of the dimensions of corruption and a gross abuse of office; contrary to Section 15 (5) of the 1999 Constitution. The AGF utterances under reference are worse than his principal’s blundered and incoherent media chat.

“Protection of public interest can never be equated with obvious presidential threats to citizens’ sovereignty; enshrined and entrenched in Section 14 (2) (a) of the 1999 Constitution; to the effect that sovereignty belongs to the people of Nigeria from whom government through this Constitution derives all its powers and authority. The inflammable and defenseless utterances of the AGF are therefore not surprising; which explains why English Language professors also hold that liars use passive voice while truth tellers use active voice.”

Meanwhile, one of the persons that contested for the throne of Obi of Onitsha, Chief Godwin Odukwe, has said that the leaders of IPOB, and Director, Radio Biafra, Mr. Kanu personally put himself into the trouble he is currently going through, saying that he does not have the right to breach the norms and the unity of Nigeria.

The Onitsha chief spoke as Nigerians continue to react to the continued incarceration of Kanu, despite the protests for his release, in South East and South South states by pro Biafra agitators.

Speaking during the celebration of his 50 years of marriage, the Obi stool contestant, who is still pursuing his case for the stool in the court, said he felt very bad over the agitation for Biafra actualization.

“I personally believe that Mr. Kanu personally put himself into incarceration, his coming back to Nigeria, the abusive words and speech by him through Radio Biafra was unnecessary and uncalled for, it amounts to fanning the embers of war.

Admitting that the South East zone was marginalized in all ramifications, he advised that dialogue and round-table discussion should be used, instead of being confrontational over the poor condition of the zone.

Chief Odukwe stressed the need for the Igbo to be at the same level with other ethnic groups and states, adding that the infrastructure decay was a source of worry that prompted the agitation.

He thanked God for making it possible for him to attain the level of celebrating golden jubilee, adding that it was achieved through prayer, perseverance, love and hard work. 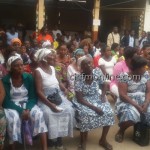 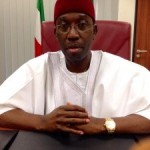