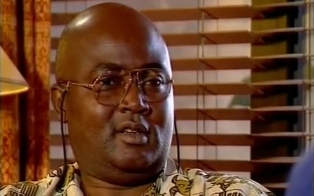 Pollster and Managing Editor of the Daily Dispatch Newspaper, Ben Ephson has said, the New Patriotic Party (NPP) ascended to the height of double standards, when it questioned the credibility of the five-member team that was empanelled by the Electoral Commission (EC) to assess calls for a new voters register.

Ahead of the Committee beginning its work, the largest opposition party accused the panel of bias insisting that two of the members could not be trusted to give a fair assessment on the NPP’s position on the voters register.

The party raised concerns over the inclusion of Dr Nii Narku Quaynor, a renowned computer scientist, Chairman of the National Information Technology Agency (NITA) Board of Directors, who’s a known member of the ruling National Democratic Congress (NDC) and His Lordship Justice VCRAC Crabbe, a former Justice of the Supreme Court who had earlier publicly stated that there was no need for a new voters register to be compiled.

However speaking to Fiifi Banson on Kasapa FM Wednesday, Mr Ben Ephson accused the NPP of not being fair to the committee as it was fully aware that one of its members also sat on the same panel.

He however failed to name who that person was.

“This same panel, I will not mention the name but one of them tried to contest in the NPP’s Parliamentary election in the Eastern Region. The person knows him or herself and the NPP also knows what I’m talking about. The person even filed his/her nomination and decided to withdraw at the last minute.”

He added: All this while, I didn’t want to put this out, otherwise I would have been accused of defending the NDC and I didn’t want that so I just kept quiet. I’m saying this after the fact. I don’t have to play into the hands of people. I could have told my friends in the NDC to raise this issue when the NPP were up in arms, but I didn’t tell anyone. You know we have friends in both parties, but I wanted the NPP to have a field day so I kept mute.

Meanwhile, The Electoral Commission of Ghana (EC) has shot down the call for a new voters register.

According to the EC, the argument for the call for the new voters roll was not convincing and therefore, does not recommend the replacement of the current register.

Instead, the Commission said it “will continue to engage stakeholders to ensure that a clean and credible voters’ register is in place for the 2016 general elections through an inclusive and collaborative audit process.”