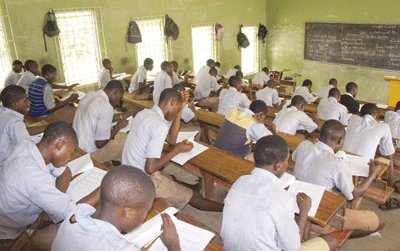 FOR several decades now, the Nigerian education sector has witnessed a steady decline, and stakeholders fear that the trend will continue if nothing is done to arrest the situation. Speaking at the end of year dinner of Urhobo College Old Students Association in Lagos, a Professor of Law, Joseph Abugu from the University of Lagos, listed the challenges facing primary and secondary education in Nigeria and proffered some solutions. Describing education as a great instrument for social, political and economic development of a nation, Abugu said it liberates a man and equips him to take a place of pride in national development.

“Thus the strength, security and well being of Nigeria rests squarely on the quality of education provided for the citizens. It will continue to be a great asset to many as well as a steady source of manpower supply for the state and national economy”, he added.

Going down memory lane, the Professor of Law said “gone are the days when a clear dichotomy existed between secondary/grammar schools and technical schools; when the teacher was a prized and respected personality; when education inspectors visited schools and corrected ills and lapses; when vocational training in technical colleges complemented the grammar schools; when the students to teacher ratio was in the right proportion; when public schools were the centres of excellence for the breeding of a qualitative future generation.”

“Government’s interest in education in the 1970s brought about changes in the educational system at the primary level, such as uniformity in the duration of studies. The National Seminar in 1973 led to the formulation of National Policy on Education in 1977, revised in 1981, also led to steady development at primary level in particular.

“Government’s effort to make education accessible to all school-age children, introduced universal primary education, UPE, in 1976 which attracted many children to primary schools that resulted in explosive enrolment in primary schools.

“The problems of the primary education sector over the years are cyclical, ever the same: dearth of infrastructures; funding; inadequate curriculum and management of personnel amidst a growing school age population.

“These inadequacies dwarf the efforts of successive governments in addressing the problems of the sector, hence the apparent decline in the quality of primary education since in the 1970s.

“The introduction of the Universal Basic Education (UBE) aimed at making education accessible and  making all citizens literate by the year 2010 is still a mirage. It is my humble view that the rationale and tenets of the UPE policy are still valid and the need dire.

“Early secondary schools were residential in nature patterned after the English grammar school system with emphasis on classical subjects which were requirements of both matriculation examinations and admission into training for professions.

“The demand for secondary education was born out of necessity for increased human resource manpower as out of 5,500 posts that existed in the country in the early 1900s, the estimated output of the secondary schools was between 200 and 300.

“The expansion of secondary education from the 1960s was influenced by a number of factors, among them were the expansion in primary education; government’s acceptance of Ashby recommendation for increased numbers in secondary schools; the revision of the curricula; adoption of Addis Ababa Plan which projected an annual intake of 45,000 secondary school students; acceptance of Dike and Banjo Commissions’ recommendations; and, the public criticisms of secondary grammar schools programme.

“Consequently, there was a great increase in the number of secondary schools and their intake between 1960 and 1963. There was a rapid development of secondary education in the country with the 6-3-3-4 system of education and the taking over of schools by the Federal Government.

“Secondary school enrolment rose to about 2.9 million in 1990 and 4.48 million in 1994. The secondary school level operates within the guidelines provided by the National Policy on Education (1981). This stipulates the objectives of secondary education, the calibre of teachers to teach in them and their qualifications, as well as the curriculum, content and methodology to be employed.

Mr. Abugu further added; “The problems of secondary education lies mostly with its management by the National Secondary School Board through the various State School Management Boards. This structure is inadequate as the Boards are under the superintendence and funding of state governments. So whilst state governments strive to meet the demand by creating more schools and sometimes sub- dividing existing ones, little attention is paid to equipping and funding them.

“This structure appears also to have sounded the death knell of technical education and technical schools in Nigeria.”

Recommendations: “The pitiable state of primary and secondary education in Nigeria is classically demonstrated by the dilapidated state of affairs in most of the public schools. The solution I proffer can be summed in urging government to give primary and secondary education great priority and upheaval revival and revalidation of structures and content in our schools.

“I also recommend a periodic accreditation and certification system similar to what obtains in post – secondary institutions. The present structure is defective, as it sets a framework without providing the standards which must be met by state governments in infrastructural provisions, funding and management.”