RESPONSE FROM THE OFFICE OF ALFRED AGBESI WOYOME
ON THE MISREPORTAGE BY JOURNALISTS ON SUPREME COURT PROCEEDINGS DATED TUESDAY, 21ST NOVEMBER, 2017.

There has been a lot of misrepresentation and misreportage by the Ghanaian media concerning the case involving:

case number J8/05/18, which was empanelled by 5 justices of the Supreme Court and has been slated on Tuesday, 28th November for a ruling on it.

The case is not about the oral examination of Alfred Agbesi Woyome. This case is to determine the impact and import of Article 40 & 75 of the 1992 Ghana constitution, particularly articles 40 (c) and 40 (d), especially 40 (d) (ii) on Ghana’s international obligation and conduct, particularly on the case between Alfred Agbesi Woyome and the Republic of Ghana at the African Human & People’s Right in Arusha, Tanzania.

For emphasis, we reproduce them below:
40(c) promote respect for international law, treaty obligation and the settlement of international disputes by peaceful means.

In article 40 it states, “In its dealing with other nations, the government SHALL”, emphasis is on “SHALL”.

In a recent case before the Supreme Court on the GITMO 3, the Supreme Court stated, which has become law that a president of the country can sign an agreement that has been ratified by parliament in accordance with article 75 and it becomes binding on the state. Article 40 states, “GOVERNMENT”, which consists of:
The Executive
The Judiciary
The Legislature

Article 88 of the constitution, particularly (1) (5) (6) makes the Attorney General the representative of the Government under article 40 of the 1992 constitution of Ghana.

Also, the Attorney General has been notified of the processes of the case before the African Court of Human & People’s Right.

The case before the 5 Supreme Court Judges is not about the independence of the Judiciary, particularly the Supreme Court of Ghana, which is also protected by another article of the 1992 constitution.

This issue is not about Alfred Agbesi Woyome, but the respect and protection of the constitution, and the sanctity of the age long tradition of the Ghanaian law.

In addition, Ghana on the 9th of February, 2011 signed to accept the competence of the African Court of Human & People Rights in accordance with article 34 (6) to receive cases brought against Ghana by individuals and deposited same on 10th March, 2011.

The Republic or State of Ghana, represented by the Attorney General, is constitutionally bound by the express provisions of the 1992 constitution of Ghana to observe all such foreign or international protocols, charters and treaties.

What is being asked by Alfred Agbesi Woyome is to stay all the processes before the Supreme Court by the dictate of the constitution until the final determination of the case before the African Court of Human & People’s Rights. 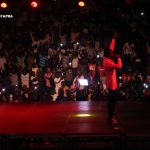 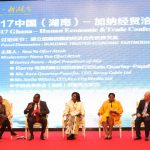