Celebrated television presenter and news anchor Nana Aba Anamoah has been advised to resign from her place of work, TV3, after her employers served her with what looks like a huge public humiliation.

Management of TV3 recently issued a strong-worded statement making public their decision to stop the female news anchor and presenter from hosting on-air programmes after she was alleged to have been involved in what was said to be online information theft.

Speculation is rife that Nana Aba has been put on half salary for the entire period of the indefinite suspension. She is also reported to have been asked not to report to work indefinitely.

“I would have advised her to just go ahead and jump; she should ditch them. She should go ahead and throw in her resignation and move on. And I want her to prove to her haters and also her lovers that she has value in the market and that she has some pride about her price,” Anyenini stated in an interview he granted Starr FM.

Anyenini opined that Nana Aba had not committed any grievous offence to warrant the sanction from her employers.

Nana Aba’s issue has become one of the biggest trending topics in media circles across the country and the feedback from the discussions as well as comments on social media suggest that a large section of the public feels TV3 took an extreme punitive action against Nana Aba instead of a normal caution or warning letter.

Many have also expressed doubt as to whether Nana Aba would have the confidence and joy to continue working with TV3 and still believe she has job security. Some say it would be in her interest to move and take on bigger challenges.

Her employers have stuck to their decision and snubbed pleas from several persons and associations to call Nana Aba to return to work.

Last week, the Ghana Journalists Association (GJA) and the Ghana Independent Broadcasters Association (GIBA) in two separate statements pleaded that TV3 should temper justice with mercy and recall Nana Aba to duty in the wake of the huge and rising public appeals for her.

President of GIBA Akwasi Agyemang said the Board and Management of TV3 should take a second look at their decision and also take into consideration the several appeals that have come from fellow media practitioners over the last couple of days for a reversal of the decision.

Roland Affail Monney, president of the GJA, and a delegation from the GJA have been meeting with management of TV3 over the development but the station is yet to make a definite statement on whether Nana Aba would be called back or not; or better still, when she would be called ba 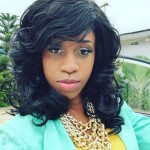