The Youth for Accountable Leadership & Development YOFALD, received with shock, the statement by the district director of education that “Teachers in the district are not clever and lazy”.

Education plays a major role in the development of a country and that given the opportunity to manage that important sector, one should manage it with all seriousness. For a district director of education to say he wants to organize a common terminal examination for the students in the district because his teachers are not clever and then order primary students to pay Ghs4.00 and JHS students to pay Ghs5.00 as examination fee into his personal accounts, smacks of desperation to extort monies from parents.

The Youth for Accountable Leadership & Development , wants to place on record that the teachers in the district are clever and not lazy, infact they are well – trained teachers form the various teacher training institutions in Ghana

We also want to state that these so called “unintelligent” teachers are the same teachers who have taught almost all the personalities in the district and for a district director to suggest they are not clever is a disgrace and an insult to the people of Amenfi East. we demand an apology and removal from our district with immediate effect

Infact, the previous government seeing the need to educate it citizens and also to allow parents to send their wards to school implemented the free compulsory basic education up to the JHS level. The idea was to make education affordable to parents who cannot send their wards to school due to financial challenges, some critical questions that come to mind is what has gone wrong? for that greedy director to now ask parents to pay such levies for examination.

We are calling on our member of Parliament and the government through the ministry of education to as a matter of urgency remove the director of education from our district with immediate effect or face our wrath.
Education still remains a right and not a privilege as enshrined in the 1992 constitution and that individuals should not try to make it so. 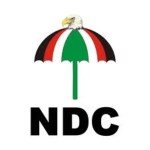