PETITION TO REMOVE MR. KENNEDY AGYAPONG AS THE RANKING MEMBER ON THE PARLIAMENTARY-SELECT COMMITTEE ON COMMUNICATIONS.

We, the members of SAVE NPP NOW, a youth advocacy group within the NPP are scandalized with the unprintable insults which were recently heaped on a female radio presenter by the Member of Parliament for Assin Central, Mr. Kennedy Agyapong.

It goes without saying that the New Patriotic Party does not subscribe to such unguarded, uncivilized and uncouth utterances from it’s Members of Parliament. Therefore, we are still astonished and embarrassed that a Member of Parliament on the ticket of the NPP who serves a very sensitive Parliamentary Committee, would commit himself to such wayward and reckless conduct.

It is public knowledge that Mr. Kennedy Agyapong has a reputation as a noisy politician with an acidic tongue, whose shameful actions have not attracted any sanctions from the august house of Parliament, the Minority Caucus nor the Party. We consider this development as unfortunate since Mr. Kennedy Agyapong has consistently dragged the good name of Parliament and NPP into total disrepute and exposed Parliament and our Party to international ridicule.

The sanctity of Parliament ought to be respected by its Members through responsible, respectful and exemplary conduct, which Mr. Kennedy Agyapong undoubtedly falls short of. It is regrettable that in this age and time where MPs are supposed to be focused on imbibing best practices in passing useful legislations, Mr. Kennedy Agyapong has found an unbridled appetite for engaging in indecent behaviour on radio and television.

We are very much aware that Mr. Paul Afoko once suggested that Mr. Kennedy Agyapong be changed as the Ranking Member on Communications in order to save the party from further embarrassment. However, the Flagbearer, Nana Akufo-Addo vehemently opposed that suggestion. Does Nana Addo endorse and support the disgraceful behaviour of Kennedy Agyapong? We do not want to believe that Nana Addo pats him on the back and congratulates him for a good job done after every act of indiscipline, repugnant and unacceptable behaviour.

Therefore, it is our manifest intention through this petition, to call on your good office and the Leadership of Parliament to remove Mr. Kennedy Agyapong as the Ranking Member on the Parliamentary Select Committee on Communications with immediate effect since his thoughtless comments and insults are a disgrace to Parliament in general and the NPP in particular.

CC:
The Speaker of Parliament
The Majority Leader
The Minority Caucus
The Flagbearer, NPP
The National Chairman, NPP
All Civil Society Organizations
All Media Houses 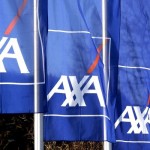