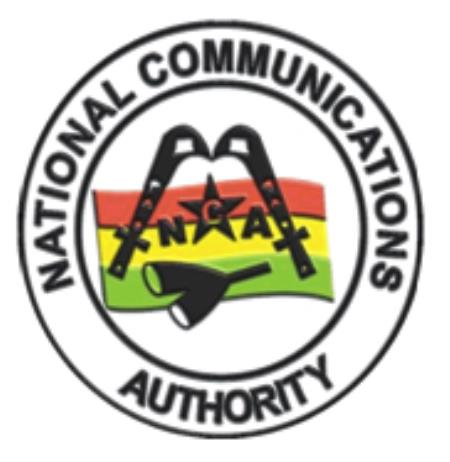 The National Communications Authority (NCA) wishes to announce for the information of the general public, that it has published the report of the Application Evaluation Panel on the Interconnect Clearinghouse Services Licence and other relevant documents.

The report and documents can be downloaded from the NCA’s website www.nca.org.gh
The NCA has taken this step in the interest of transparency.

This is the final report bearing the signatures of all members of the panel that was presented to the Board of the NCA on 29th January 2015. The contents of the report are a true and accurate reflection of the exact findings and recommendations of the AEP.

Members of the AEP have publicly affirmed that the content of the report, published, is a true and accurate reflection of their work.

Any other document, containing content other than what the NCA has published and which is purported to be the original copy of the AEP’s report is therefore fraudulent, a total fabrication and should be disregarded.
We have become aware that Mr. Franklin Cudjoe of Imani has claimed that he obtained an allegedly leaked copy of the report from a member of the AEP. We categorically deny that the said report is that of the AEP.
We entreat Mr. Cudjoe to publish his so-called report and name this supposed member of the panel so he/she can confirm this.
In addition, the NCA wishes to respond to some misleading claims contained in a statement issued by Imani and repeated on a

number of media platforms as follows;
1.Claim: the 21-day timeframe allocated for the Evaluation panel to carry out its work was too limited for a proper job to be done.
Response: This process began with extensive public consultations as far back as November, 2014. This involved meetings and fora held with industry players, Telcos, Parliament, Civil Society Organizations and other stakeholders.The process involved the issuance of a licence to render a specific set of services and the NCA based on its over two decades of experience in regulating the sector is confident that the time allotted for the process was adequate to allow for the necessary scrutiny as expertly done by the AEP.
2.Claim: The Evaluation panel itself admits in its report that no pre-qualification was done. The NCA never reviewed the report of the Evaluation Panel and they had no prior guidance from the NCA ‘s technical staff to assist it in its work.
Response: This claim is not only false, it is also fraudulent. The Evaluation panel did not make the admission attributed it. The panel in fact stated at page 12 of its report in section 2.5.1 under Stage One: Pre-qualification (Administrative) that
“The AEP observed that the administrative pre-qualification of applicants required in stage one of the process had not been done by commencement of work. The AEP decided that the two stages be combined into one process for the purpose of the evaluation.”
The results of the Stage One pre-qualification is found in Table 4 at page 14 of the report and the public is encouraged to scrutinize it.
The claim that the NCA never reviewed the report is also fraudulent. The report was presented to the Board of the NCA on 29th January 2015 and was reviewed over a two-day period between 29th to 30th January 2016 after which it was approved. The claim that the panel did not have any guidance at all in its work from the NCA is false given that the Chairman of the Panel was Mr. Albert Enninful, Deputy Director-General of the NCA, and an Engineer by profession with vast experience.
3.Claim: There were no visits whatsoever to any of the applicants’ operational locations or premises to ascertain existing capacity.
Response: This is the very first time that a process was being undertaken to award a licence for an Interconnect Clearinghouse Service. Given that no known Ghanaian company had performed the full range of services required under the licence to be awarded, the issue of previous capacity was not a requirement as none existed at the time in Ghana. The ability of the participants to perform the functions required was therefore based on the strength of their financial and technical capabilities demonstrated in their applications.
4.Claim: There were no client references or testimonials of previous work done in the clearing and general telecom intermediation space. In fact, there were no references of any kind at all.
Response: Again, given that Interconnect Clearinghouse Services is a novelty in Ghana, none of the companies who applied for the licence, had any prior record of having rendered the full range of fourteen different services required under the licences either in Ghana or any other country for that matter which could form the basis of a testimonial or reference.
5.Claim: The panel manipulated its own scoring scheme to ensure that Afriwave came on top, regardless the actual results. In some instances, Afriwave was given marks over and above the maximum score awardable in a particular section.
Response: The NCA categorically rejects this claim. It is false and constitutes yet another fraudulent attempt by Imani to alter public documents for reasons best known to them. As noted above the Evaluation Panel has authenticated the results contained in the report as representing the true outcome of their work.
The detailed results of the evaluation is captured in Table 15 at page 60 to 65.This table gives a breakdown of all the marks obtained by all five applicants in each category of assessment. We wish to stress that at no point in this report did any mark awarded to any of the applicants exceed the maximum awardable score.
As a further step to show the falsehood inherent in this particular claim by Imani, we have published the excel spreadsheets on which individual scores of individual evaluators were recorded.
We also wish to reiterate that the mention of “transpositional errors” in our earlier encounter with the media was in respect of errors in the column of Subah Infosolutions Limited, which were detected and corrected by the AEP prior to the submission of the final report to the NCA Board. Evidence of this correction was provided in the form of email correspondence among members of the panel during the press conference held on Wednesday 10th February 2016.
We urge the media and the general public to at all times contact the Authority for clarifications required on any matter relating to its functions.

Finally we wish to reiterate that the processes leading up to the award of the Interconnect Clearinghouse Licence were transparent and in accordance with the laws of Ghana. Any suggestion otherwise is false, malicious and same ought to be disregarded.