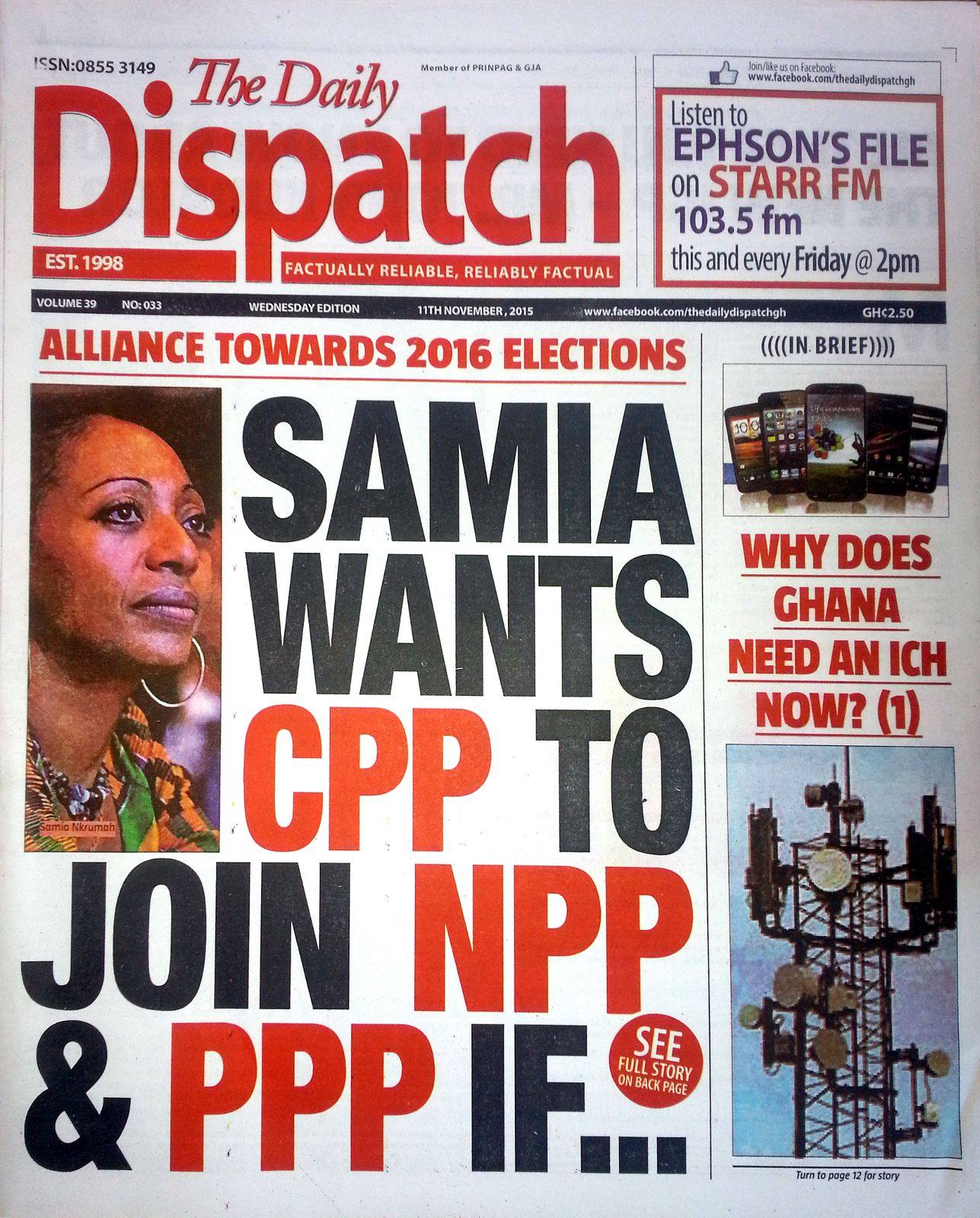 The front page article of The Daily Dispatch dated 11th November 2015 has been brought to the attention of the Office of Samia Yaba Nkrumah.

Samia Nkrumah, the immediate past Chairperson and Leader of the CPP, and aspiring Presidential candidate for the CPP wishes to state in unequivocal terms that there is no iota of truth in the claim that she wants CPP to join NPP and PPP. She has not considered, contemplated, or discussed any such alliance.

This is a sad example of bad journalism that we must endeavor to eradicate from our public discourse. We cannot have journalists putting up stories without cross checking and without credible basis. In this specific case, The Daily Dispatch has acted against its motto of “Factually Reliable, Reliably Factual”.

We also believe that this is part of the mischief intended to discredit CPP as it emerges as the only viable alternative to the NDC and NPP in 2016.

Successful alliances are formed between political parties with similar visions, policies and ideologies and not between individuals.

Under Samia’s term as Chairperson, the CPP emerged clearly as a Party with an independent, people-focused agenda.

Hence the Party’s position against the release of GMOs in Ghana, against the Economic Partnership Agreement with the EU, against the IMF bailout, against the sale of State Assets, and against the continuous impoverishment of Ghanaians through mismanagement and corruption.

Samia Nkrumah’s mission is to accomplish Nkrumah’s vision and his unfinished agenda. She has repeatedly declared that the CPP must not form an alliance with any political party that does not share the Party’s aspirations to realize an independent national economy, an industrialisation drive, ownership of all our resources, to meet the needs of Ghanaians.