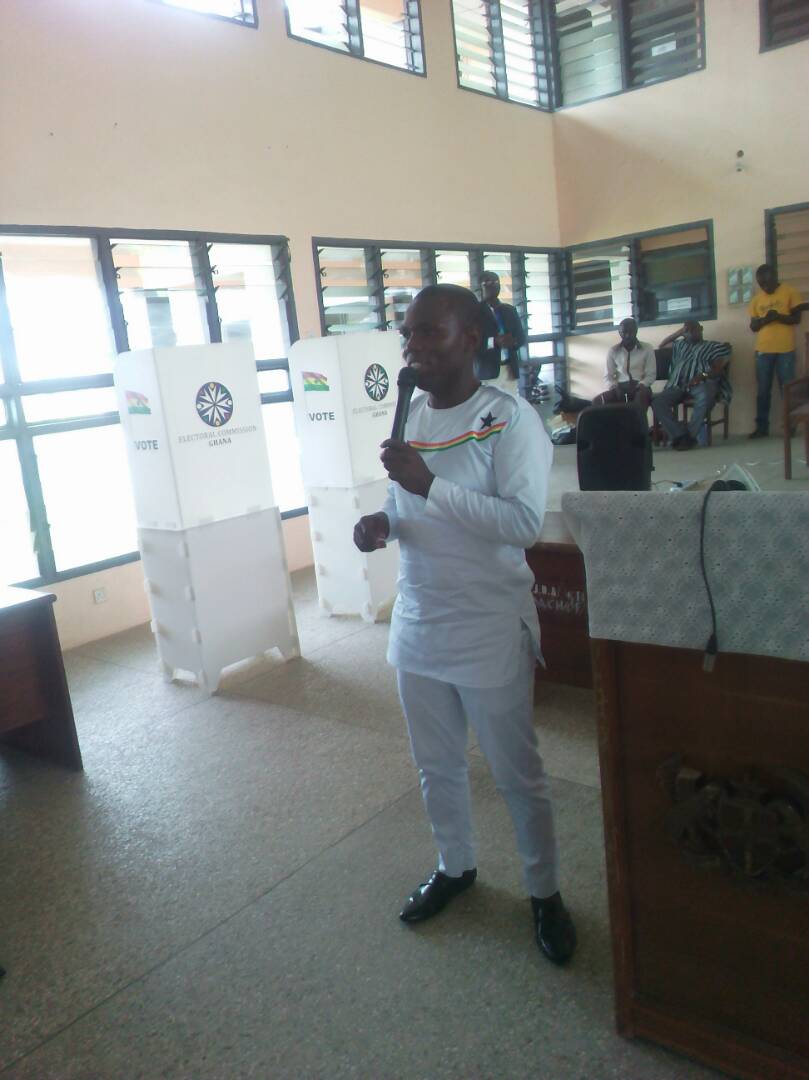 Mr. Eric Muah who has been rejected three times by Assembly Members as District Chief Executive (DCE) for Jomoro District of the Western Region has been stepped aside as DCE nominee for another person to be nominated by the President.

In an election organized by the Jomoro District Electoral Officer, Mr Isaac Ano Otoo and witnessed by Western Regional Minister, Dr Kwaku Afriyie, the DCE nominee failed to get the required two-thirds votes of the Assembly Members as state by law.

However, with the nominee securing 53%, he has automatically qualified to be voted on the position for the fourth time at a date to be announced later the Electoral Commission in ten days time.

Mr. Eric Muah rejection it is not surprise by the reporter, Daniel Kaku because 22 elected Assembly Members came out publicly in a press release that if the DCE nominee didn’t resign immediately, they will vote against him. They made that statement before the confirmation date.

After the rejection of the DCE nominee, the angry supporters for the NPP chanted that, “no Eric Muah, no DCE for Jomoro and no 9, no 10”

However, the President’s nominee upon per his own wisdom has given up to go for the fourth round.

In a press release dated, July 28 and cited by Daniel Kaku indicated that because of Jomoro development he has resigned.

He said, “though I still have constitutionally mandatory ten days to go for another election, I would by no means try to hold the development of the District into ransom considering the amount of money that has been sunk into this simple exercise. I believe the money could be saved for developmental projects”

“Though many people applied the President in his own wisdom settled on me not by a mere coincidence but on merit. His decision was influenced by a solid investigation report and testimonies either from the electorate, party executives both regional and constituency and the BNI”

“My capability to lead the district was not in doubt all but as it happened in the Bible, “when Jesus Christ the saviour visited his own he was rejected”. Similarly this scenario can be likened to the crucify him chorus sung by the same people he saved. I therefore see my rejection as no news because our ” SAVIOUR” was rejected but that never prevented him from doing what he used to do for them”

“I don’t see myself as the only qualified and competent candidate in our party and by extension Jomoro but as everyone is aware of my contribution to our election Victory, I equally deserve better”

“Though I still have constitutionally mandatory ten days to go for another election, I would by no means try to hold the development of the district into ransom considering the amount of money that has been sunk into this simple exercise. I believe the money could be saved for developmental projects”

“As president kuffour once said ” it is better to be a Massenger in a ruling party than to be a chairman in an opposition party “. I would rather prefer to be a messenger to safe my party from the public ridicule”.

“It is important to note that when you have people who only surface when there is political power to enrich themselves to the detriment of the district, some of these machinations are bound happened”

“As I said earlier on that I am not the only capable person for the party but I bet you that, even when new candidate is selected and those vultures have no control over him/her similar rejection would happen. Their main aim is to ensure that the MP lost in the next general elections after all, they started this journey during the parliamentary primaries. They wrote the current MP, Hon Paul Essien off and even went to the extend of meeting big men in the party to tell them not to support him(MP) with any resources because he cannot win”

“His campaign was executed by the hungry and jobless youth supported by constituency executives. After he went against the odds to win these people have hatched another agenda to make him one term MP hence, anyone who will consolidate his work would not be allowed to be DCE”

“I weep for my district as I see it delayed for development. I know all the community members, chiefs, pastors and the Paramount Chief for Western Nzema Traditional Council, Awulae Annor Adjaye III played key roles in getting the 22 assembly members convinced but all fell on deaf years. I thank them all but they should not relent on their efforts to deal with these nation wreckers”. 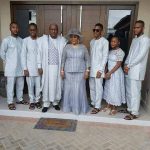