As NPP Plots Roping Him Into Its 2016 Campaign Strategy http://theheraldghana.com/http://ghanapoliticsonline.com

It appears, the founder of the governing National Democratic Congress (NDC), has made himself weak to the opposition New Patriotic Party (NPP) whose flagbearer, Nana Addo Dankwa Akufo-Addo, is these days seen at various state and public functions in a hearty postures with the once feared Military leader.

The Herald, has picked up signals from the Volta Region that, elements in the NPP, are planning a visit to the North Ridge residence of ex-President Jerry John Rawlings to capitalize on his love affair with their flagbearer to claim that a new wind is blowing in the region with the electorate craving for Nana Akufo-Addo as president.

They plan, busing hundreds of people to meet Mr. Rawlings and his wife, Nana Konadu Agyeman Rawlings, to have them endorse the NPP’s claim of a “New Dawn In Volta Region”. They are to present t-shirts to the former First Couple with inscription translated in Ewe as “Tortro Yeye Va Volta Region”.

Late last year Mr. Rawlings, invited some NDC Constituency Chairmen in the Volta Region to his riverside residence at Vume near Sogakope, where he rebuked Alfred Agbesi Woyome and John Mahama’s administration for disrespecting and neglecting him.

He asked them to speak against their ill-treatment by the John Mahama-administration, telling them politics was about interests and that they should rise against the Mahama regime.

The meeting was coordinated by one Klutse. They were later fed by the District Chief Executive (DCE) of South Tongu, Samuel Mawuko Eworyi in the presence of Ken Dzirasah.

This and other things, make people feel Mr. Rawlings and his wife, knowingly or unknowingly, could be mounting the NPP 216 campaign platform. Indeed, many NDC supporters, have been left wondering whether their founder is still with the party.

They cited his utterances at the Osudoku Traditional Area, when he shunned from declaring support for John Dramani Mahama by saying “make sure that as we go for the polls in November, you vote based on your own conviction”.

The strategy, will be to present a T-Shirts with the inscription “Tortro Yeye Va Volta Region” to Mr. Rawlings and get him to try on one of the shirts, capture him on video, as well as photographs, which will be circulated widely as his endorsement of the “New Dawn In Volta Region” with Nana Akufo-Addo, as the region’s preferred presidential candidate.

Architects of the plot, which is being hatched mainly in the Volta Regional capital; Ho, have been mentioned as, Dr. Archibald Letsah, Kofi Dzamesi, Mrs. Ekpedzor- said to be the mother of Solace Ewoenam Ekpedzor of Ghana’s Most Beautiful Fame and Tony Amematekpor and Kenwood Nuworsu.

The t-shirts with the inscription “Tortro Yeye Va Volta Region” will wildly be distributed in the Volta Region, alongside the airing of the JJ video with some Voltarian celebrities sympathetic to the NPP as brand ambassadors.

The Herald’s intelligence is that, the NPP is feverishly putting a team together for the intended visit and get the endorsement from Mr. Rawlings, who still commands some amount of influence in the Region.

The NPP plans doing this, by also taking advantage of the general apathy which has besieged the Volta Region, especially among supporters, sympathizers, ward, constituency and some regional executives of the governing party. The NPP, feels getting voters in the region to stay away, could inure to its benefit.

It has, therefore, adopted a special strategy for a Constituency like Ketu South with one Robert Tetteyfio Adjase, who hails from the Krobo Odumasi, but resides in Aflao as its chief strategist. He is being managed by the NPP National Youth Organizer, Sammy Awuku.

Robert Tetteyfio Adjase, has directly been connected to Nana Akufo-Addo, to have some air of importance.

He had claimed to be the chairman of the group, Disappointed NDC Youth. To confirm the NPP’s plans for the Volta Region, Togbe Kwaku Apasu, the chief of Nyive in the Norvisi Traditional Area, has declared his support for the flagbearer of the NPP, saying the latter would win the presidential slot in the November polls.

“Nana, I foresee you to be the next president of the Republic of Ghana in the November polls. Ghanaians need you; and so by the grace of God, you will win massively.”

Togbe Apasu, made these remarks when he addressed a gathering of mourners, including the NPP leader and the National Executives of the party at Odumasi-Krobo in the Eastern Region last Saturday.

The occasion was the funeral of the late Emmanuel Tetteyfio Adjasa, father of Robert Tetteyfio-Adjasa, the National Democratic Congress (NDC) faithful, who led over 1,800 (NDC) members to join the NPP.

According to the chief, who rules in the border town of the Ho Central constituency, the NDC drafts citizens from Togo to write their names in the Ghanaian voter register, and vote for the party during national elections.

“Nana, I can promise you that as for this year, I won’t allow the NDC to register the Togolese in my area again. I have formed a special task force of over 200 men, who will see to that. In 2012, the NDC, rigged the elections in my area, but this time around, I will never allow that.

“The NDC government has failed Ghanaians; they have been deceiving we the Voltarians, but this time around, we will vote for you. I will lead and campaign for the NPP,” Togbe Apasu assured. He called on the security agencies to set up taskforces along the borders to prevent foreigners from entering the region to vote.

Former President Rawlings over the weekend, called on Ghanaians not to allow themselves to be coerced by any political party or its leadership to vote for him or her in this year’s national elections, when he paid homage to the late Paramount Chief of the Osudoku Traditional Area.

“Make sure that as we go for the polls in November, you vote based on your own conviction”, the former president urged voters

He urged Ghanaians to ensure that they make the right choice, when it comes to electing political leaders in November.

“I am not here to campaign, but it is important I entreat you to make the right choice based on what you think is right.”

Mr. Rawlings, who was in the company of his wife, Nana Konadu, went to mourn with the Chiefs and people of Osudoku, It was part of their one week-long activities to bid farewell to their King, the late Paramount Chief, Nene Klagbordjor Animle V last Friday.

Nene Klagbordjor Animle V, was the Paramount Chief of the Osudoku Traditional Area from 1944 to 2014, when he passed on in the United Kingdom (UK). 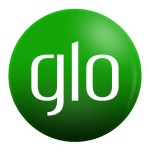