Founder of the National Democratic Congress (NDC) Jerry John Rawlings was conspicuously ‘missing‘ at the party’s 2016 manifesto launch in Sunyani on Saturday, September 17.

No reason whatsoever was given for the absence of Ghana’s longest-serving head of state at his party’s event.

His daughter, Zanetor, who is contesting the 2016 elections on the party’s ticket in the Klottey Korle Constituency, was however present.

The event in the Brong Ahafo Region capital saw the congregation of almost all of the party’s elders, who were duly recognized by President John Dramani Mahama in his address. “I recognize Wayo, Wayo, Dr Kwabena Adjei,” the president remarked.

“I also recognize our elders of the party Mr Ato Ahwoi, Kwame Peprah, Madam Cecilia Johnson, the Chairman of the Council of State, and all of them who have given their lives to the well being of this political party.”

The NDC leader as well as the previous speakers at the event was, however, silent on what could have been the reason for the founder’s absence.

Former President Rawlings, whose enviable record of leading the NDC to two successive elections in the Fourth Republic, was also absent at last Tuesday’s manifesto highlights’ delivery at the State Banquet Hall.

His office has not made any statement as regards why the former President, whose record President Mahama seeks to equal with a reelection in December 7, has been missing at the party’s events since the campaign launch on August 14, 2016 in Cape Coast.

At that open event at the Cape Coast Sports Stadium, Former President stopped short of criticizing his own party, saying his candid remarks will be made after the December 7 elections.

“There are certain weaknesses that we need to deal with,” he said at the campaign launch. Efforts to reach Former President Rawlings’ aide for the reason of his absence proved futile. 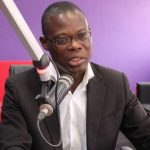 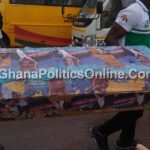