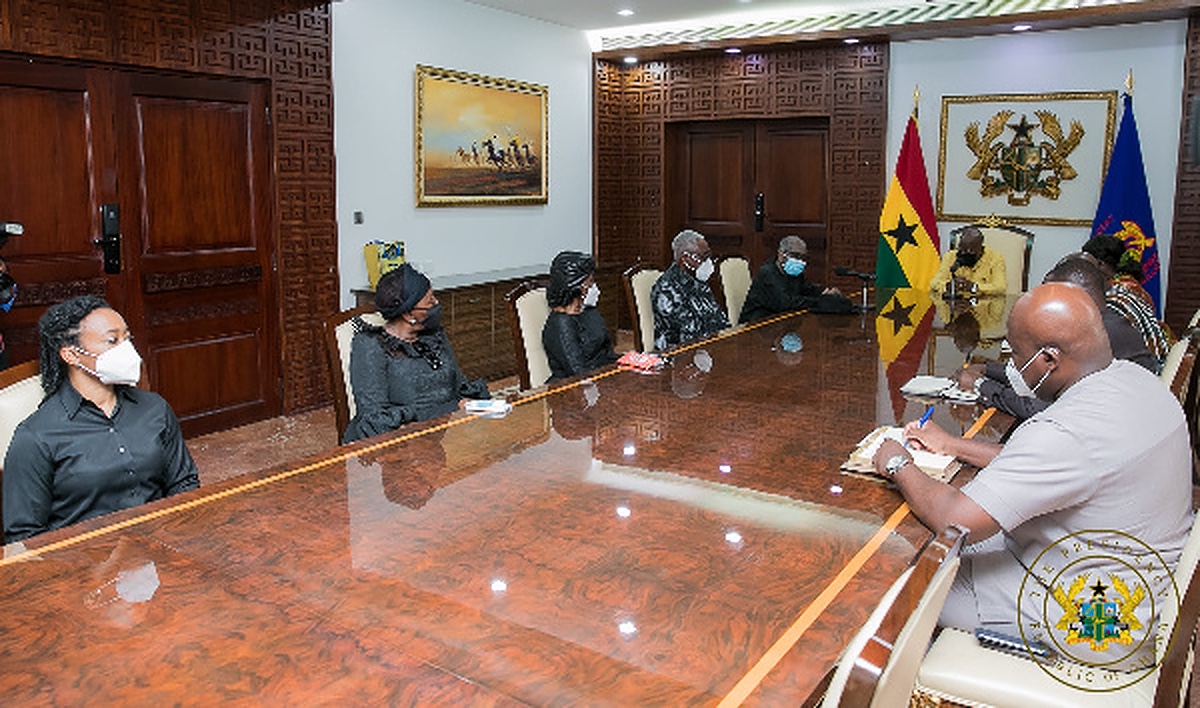 Rawlings’ family paid a courtesy call on the President at the Jubilee House on Thursday, February 18, 2021.

In a post on Facebook, Akufo-Addo said the family expressed their gratitude to government for giving Rawlings a state burial.

“On Thursday, 18th February 2021, the family of the late Flt. Lt. Jerry John Rawlings paid a courtesy call on me at Jubilee House, the seat of the nation’s presidency, to thank Government for the befitting burial accorded the 1st President of the 4th Republic on 27th January 2021,” the President post, accompanied by some photos of the visit.

The late Rawlings passed away at the age of 73 in the early hours of Thursday, November 12, 2020.

He is said to have died at the Korle Bu Teaching Hospital, where he was on admission after falling sick.

The remains of the former President were laid to rest at the Burma Camp military cemetery in Accra on January 27, 2021.

The National Democratic Congress (NDC) founder was given a state funeral which lasted for three days.