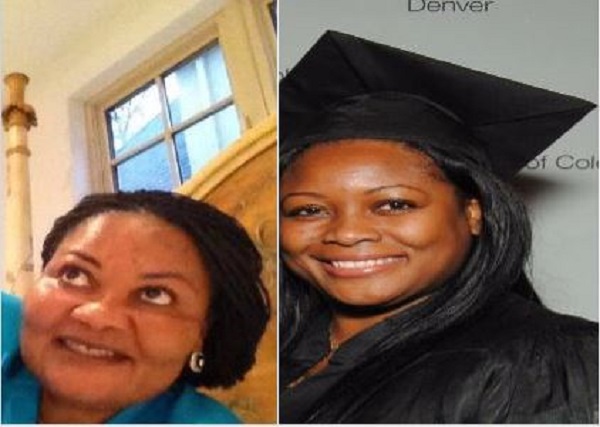 The next time you want to go into business or any other monetary transaction with people close to high profiled politicians, it is only advisable you scrutinize cautiously, as some have already been using the opportunity to defraud unsuspecting victims, ripping them off millions of Ghanaian cedis and other currency equivalents.

Fingered in such acts, is the wife of newly appointed Ghana’s Ambassador to Nigeria, Honorable Rashid Bawa, and her daughter, Fallila Issah Bawa, who has been accused of allegedly defrauding a UK-Switzerland based Ghanaian, one Bejamin Budu-Larbi.

With Fallila as the witness, Mrs. Hajia Mariam Bawa , was able to play smart by allegedly coaxing Benjamin into lending her an amount of 23,000CHF, and with an agreement of paying back the money with a 20% interest in two months, but whether or not she will fulfill her part of the bargain still remained a mystery, this reporter gathered.

‘’she told me her business was on the brink of collapse and that she needed the money to support it, she told me its been hell for her since the National Democratic Congress (NDC) government wrestled power from her party, New Patriotic Party (NPP), and however needed the money to salvage the situation’, in fact I got convinced, especially looking at the flashy nature of their residence, I thought
she was going to pay back my money as we agreed, it would never click to you such a person of that caliber could be that cunning and deceptive’’, Benjamin bemoaned.

According to a signed agreement documents available to this reporter, ‘’the lender shall on date of lending 04/10/13 loan a sum of 23.000 CHF to the borrower, in accordance with the procedure as stated by this document. The borrower shall return the same sum along with 20% fixed Interest charge as verbally agreed by the lender and borrower. The borrower shall, on the 10th day of June
2013, pay the lender the amount of 23,000.00 CHF along with the interest of 20% which shall amount to a total of 27,600.00 CHF. The borrower also verbally agreed to pay the lender’s travelling expenses due to the delivery of the loan amount of a total sum of £1000’’.

Apparently, before the financial agreement, Benjamin Larbi had been lending the Bawas monies in terms of hardships, including one 1000 Swizz Franc to sponsor porridge meant for ‘Saddaka’ during Sallah Festivies , and other subsequent payments to cater for the educational needs of the daughter, Fallila.

According to some receipts provided by Mr. Larbi, there were even times when Honorable Rashid Bawa had allegedly called to borrow 500 CHF, from him to sponsor his trip to Kumasi, to visit the Asantehene, but all his efforts to retrieve his monies over the past four years had proven futile, as Both Mr. and Mrs. Bawa kept postponing repayment, amidst the issuance of fake cheques and other excuses.

Interestingly, when the Bawas were contacted, Ms Fallila Bawa called the bluff of this reporter, claiming she would sue him and his entire company if he dared publish the story, ‘’are you the court system, you go ahead and do whatever you want to do but I tell you I will drag you and your entire company to court’’, she threatened.

Following a teaser published on 28 th June, this year, with the caption; ‘’HOW AMBASSADORS WIFE USED HER DAUGHTER TO FLEECE A SWITZERLAND-UK BASED GHANAIAN…CHAPTER AND VERSE DETAILS EMERGE’’, lawyer for the Bawas, Lawyer Alex Quaynor, from the Akuffo Addo Chambers, quickly intervened, and an amount of five thousand dollars ($5000) was paid the next day, while subsequent payments were promised the following week.

On august 4 th , the following month, Lawyer Alex Quaynor confirmed payment of the rest of the monies, claiming Mrs. Bawa was involved in a transaction ‘’which was to conclude on Tuesday but did not, it will conclude today and payment is on next Tuesday. She will therefore make payment next Wednesday. I confirmed with the other person involved in the transaction’’.

However, it appeared Lawyer for the Bawas had already given up, when contacted, especially when Mrs. Bawa had again lied and all efforts to reach her could not yield.

Mrs. Bawa’s alleged records in fraud do not seem too surprising; regarding a recent expose’ published by the Heraldghana.com, under the caption ‘’RASHID BAWA’S WIFE’ SWINDLES TAMALE BUSINESSMAN,’’ of an amount of GHc160.598; being a part payment of money she received from one Alhaji Ibrahim Yakubu, for the delivery of 1,300 bags of sugar to him (Ibrahim), which allegedly, never yielded. With this, Mr. Benjamin Larbi has vowed bracing up to use all legitimate avenues to seek
redress. 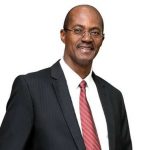 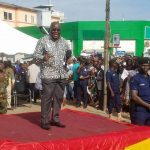