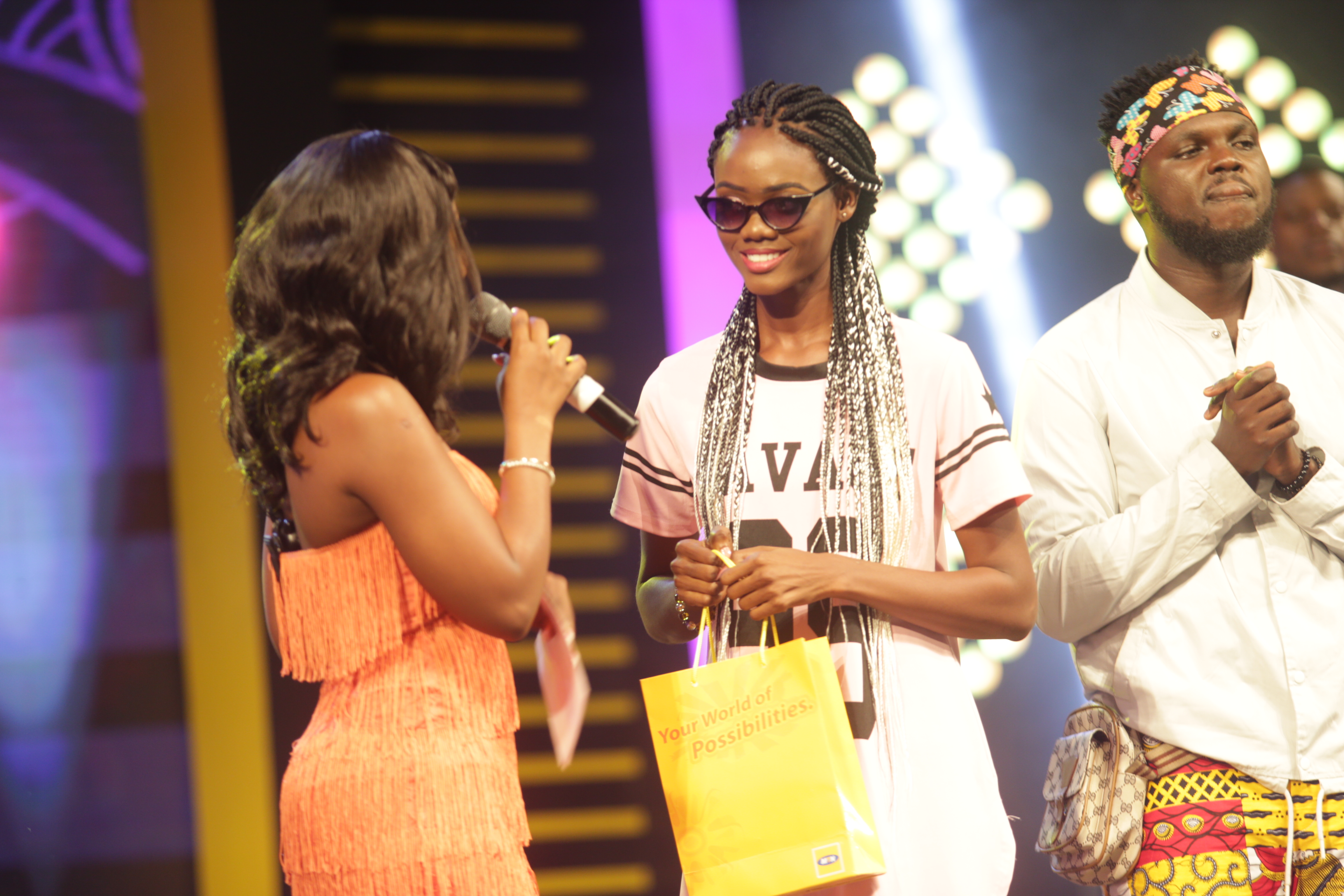 With acoustic being sent out of the competition the previous week, the competition has gotten keener as the remaining contestants have become very much aware that eviction is indeed real. They were dealt with yet another eviction blow on Tuesday 30th October at the National Theater as the journey of yet another rnb singer, Gabby was cut short in the 5th live show of the TV music reality show, MTN Hitmaker, in its 7th season.

In the bottom 3 were, dancehall act, Kulcha and 2 rnb singers, Ayeyi and Gabby. These 3 acts according to the host were those who unfortunately didn’t impress the judges and also didn’t gunner enough public votes to push them to the top of the competition.

The judges had the task of saving at least one out of the 3 and send two of them packing, but they once again decided to save two i.e. Kulcha and Ayeyi leaving Gabby to suffer eviction alone.

In their previous live show, where they performed their own compositions with the help of their beatmakers, it was, rappers Awal, Erza and Amakye who according to the judges impressed the most hence were in the race for the ‘bright moment’ award, and winning it for the 2nd time was Erza Tamaa.

The contestants were tasked to perform back to back African hit songs and spending time preparing with their voice coach, music director and the band paid off as the night was filled with amazing performances backed with dynamic stage crafts. From Amakye Dede, Daasebre Dwamena to Stonebwoy to Reggie Rockson to Yaa Yaa, the 8 contestants came prepared to wow the judges, the audience and the viewing public.

According to the judges, Francis Doku, Eazzy, Kaywa and guest judge, Lynx entertainment CEO and former beatmaker on the show Richie Mensah, they described their performances as entertaining and creative ‘I asked to be entertained and my expectations were exceeded, if these are our future stars, then I believe strongly that the music industry is in good hands’ Richie replied when he was asked his thoughts for the night.

Some highlights of the night were when singer, OV had a standing ovation from both the judges and the audience, after she performed an emotional rendition of ‘tomorrow’, by Stonebwoy. ‘this by far is the best performance I have ever seen in my life’ according to Eazzy. Rappers Awal and Amakye surprised the audience with their creativity as they both took on old hit songs, Amakye Dede’s ‘odo ho akyere no’ and Reggie Rockstone’s ‘keep your eyes on the road’ respectively.

The action continues as the remaining 8 contestants are gearing up, spending time in the studios with their beatmakers, Magnom, DJ Breezy and Mix Master Garzy as they bring you an original composition in their live show on Tuesday 6th November at the National Theater.

You can also keep your favorite contestant in the competition by texting their names to the short code 1747 on all networks.

MTN Hitmaker is an MTN Ghana initiative with support from Holy Trinity Spa and 2nd Image. The show is produced by Charterhouse Productions.