Kenya’s opposition leader Raila Odinga has left Nairobi to Ghana to attend Nana Addo’s inauguration,
The former Kenyan Prime Minister left the country in the early hours of Friday, accompanied by his Orange Democratic Movement(ODM) party deputy leader Hassan Joho, who is also Mombasa governor for the ceremony set for Saturday.
“Raila and his delegation will meet sections of the new administration and return to Nairobi early next week,” his spokesman Dennis Onyango said in a statement.

The statement also said the opposition leader will also hold meetings with various officials of the yet-to-be-formed administration.
Over 11 heads of states from other countries, as well as 13 other government representatives and multinationals are expected to attend the ceremony.

Vice Presidents and opposition leaders from several countries will also be making in it to Accra, with notable among them being the opposition leader of Zimbabwe, Morgan tsvangirai and Uganda’s Kizza Basigye.
Nana Addo’s inauguration comes off on Saturday with the President of Ivory Coast, Alassane Ouattara as the Special Guest Speaker.

Akufo-Addo will be the fifth president of the country after winning the December 2016 election in his third bid.

The 72-year old served as foreign minister and attorney general in the NPP government that ruled between 2001 and 2009.
By:Fiifi Abdul Malik 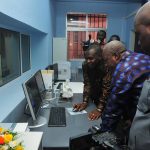 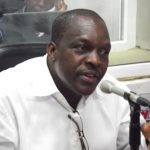