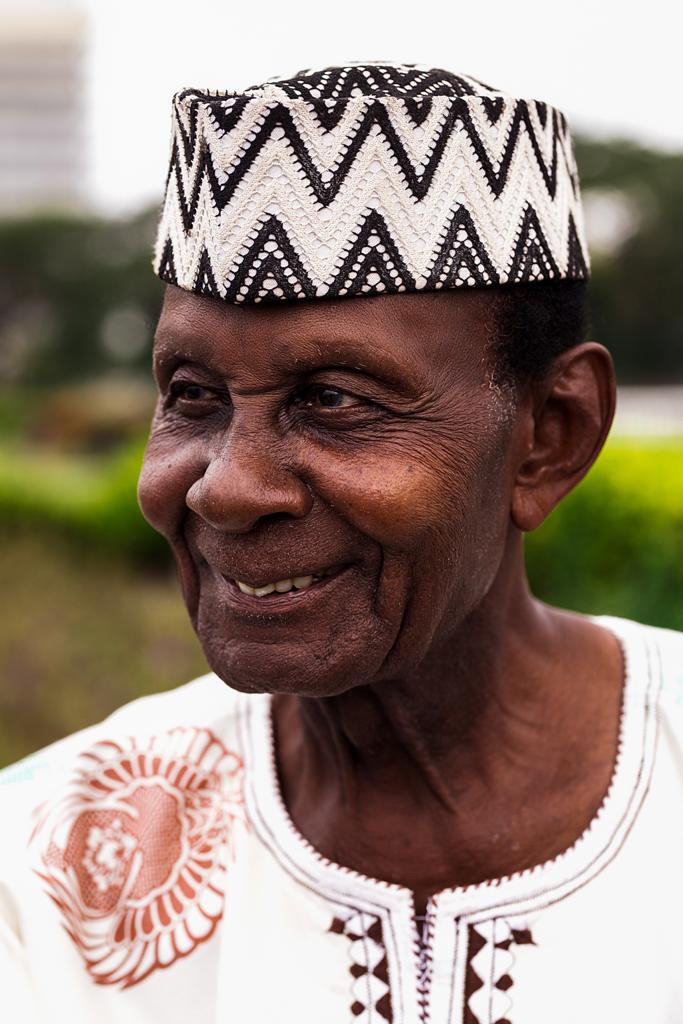 Private Joseph Hammond, walked 19 miles within 7 from May 19 to May 25 to raise money for the purchase of personal protective equipment (PPE) and essentials for frontline workers of Commonwealth countries of Africa as his contribution towards the fight against the coronavirus pandemic.

For this gesture, the Veteran has received the Commonwealth Point of Light Award which recognizes outstanding volunteers whose service is making a difference in their communities and whose story can inspire others to creative innovative solutions to social challenges in their own communities and beyond.

In a statement copied to ABC News, the British High Commissioner, Iain Walker who accompanied Private Hammond during his walk said the Veteran has been honored because he exemplifies the qualities of awardees of the Point of Light Award.

“Her Majesty The Queen presents Points of Light awards to outstanding volunteers across the Commonwealth who change the lives of their community: Private Hammond exemplifies these qualities.

“I enjoyed being part of Joseph’s walk, joining him to raise funds for veterans and hardworking, frontline health workers coping with the everyday impacts of COVID-19.

“It has been a privilege to get to know Private Hammond and to experience his selflessness. He is a force of nature and an inspiration to many, including me.”

In response, Private Hammond said, “I was overwhelmed and filled with joy when I heard I have been chosen to be honored by Her Majesty the Queen. This will linger in my memory forever. I wish to thank the mother of the Commonwealth, Her Majesty Queen Elizabeth II and all those who have made this possible.”

Starting from his home at Osu, he walked for two miles daily, and went through areas such as the Bloombar, Danquah Circle and the Osu Oxford Street.

He took his final steps at the Black Star Square where he was met on arrival by some veterans.

Private Hammond during some media engagements throughout his walk mentioned that he was inspired by a similar exercise undertaken by a 100-year-old British WWII veteran, Colonel (retd) Tom Moore, who last March walked laps around his garden to raise funds to support the National Health Service (NHS) in its fight against COVID-19.