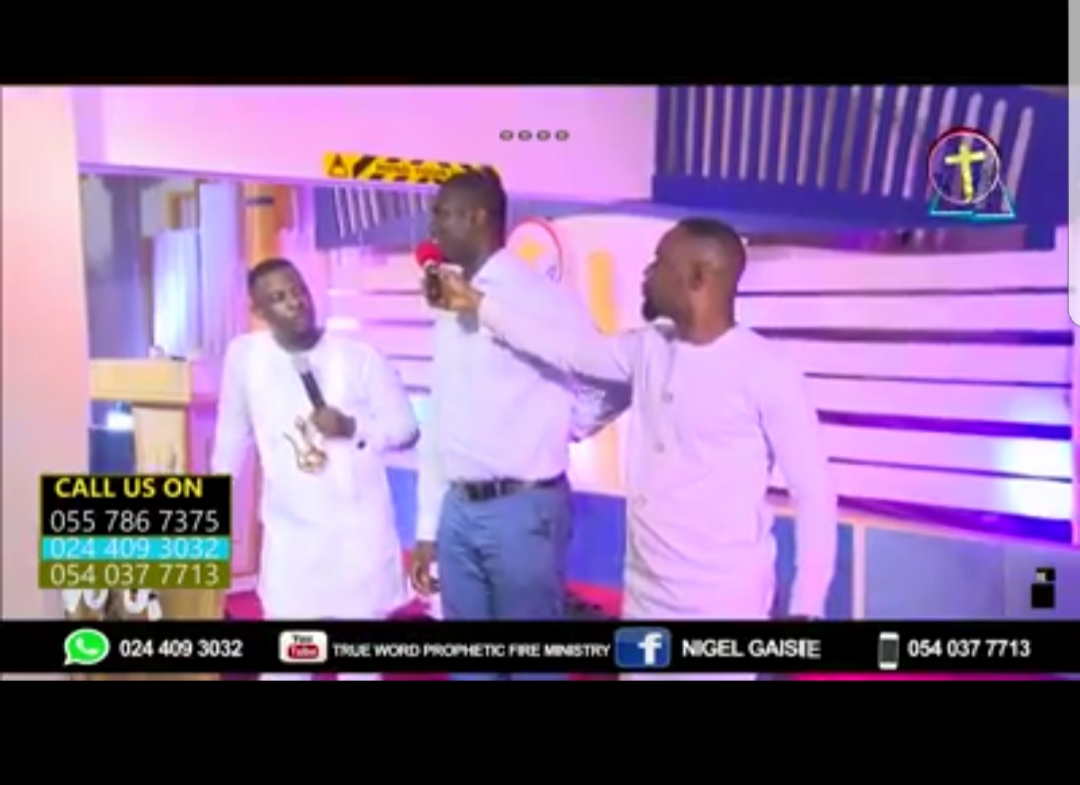 The Founder and leader of the True Fire Prophetic Ministry (TFPWM), Prophet Nigel Gaisie has raised a certified dead man in his 40s back to life.

The man who mentioned his name as Mr Ackah giving his testimony at church, Monitored by Attractivemustapha.com revealed that he was taken to Korle-bu last week when doctors at the facility declared him dead.

According to Mr Ackah, he lost his memory at a point and could not see anything, but his wife who continued with the narration added that when the doctors declared her husband dead, she came out to call prophet Nigel who prayed with her.

” When I called Prophet Nigel, he asked me to get water and when I bought the water he prayed on it with me on phone and asked me to throw the water into the air for my husband’s soul to return ” Mrs Ackah said .