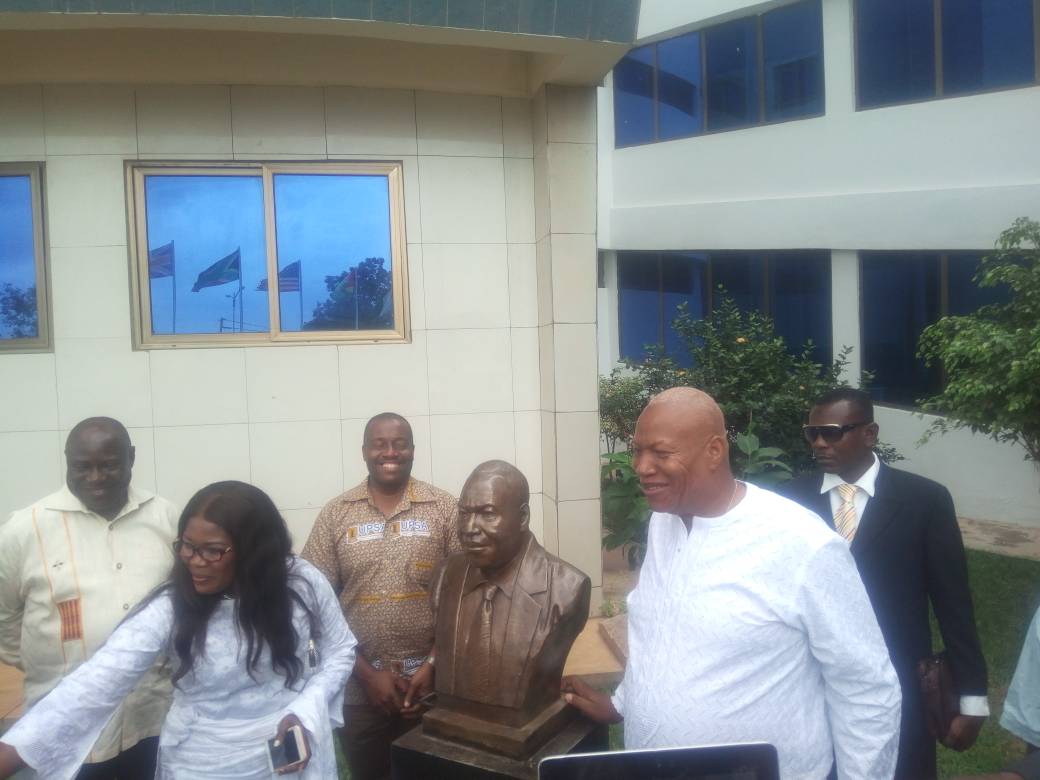 In recognition and appreciation of his contribution towards the transformation of the Institute of Professional Studies (IPS) into a modern university for Professional training, Prof Joshua Alabi the former Vice Chancellor was honored yesterday, Friday, at a short but beautiful ceremony in Accra.

The Professor, is credited for the development plan and the execution of various expansion programs leading to then IPS becoming the new fast growing University of Professional Studies – Accra (UPSA).

Prof Alabi was the Rector of then IPS who led the school through the transformation years and became the First Vice Chancellor of the University.

The Governing Council of the University, therefore saw it as befitting to honor the Founder of IPS and the leader who transformed IPS into the current UPSA.

Honoring his vision and tenacity enjoyed between 2009 to 2016, UPSA constructed a bust carved in the name of Prof Joshua Alabi.

To further immortalize him, the school authorities have named the ultra-modern Library complex after Joshua Alabi.

The 1,500 seating capacity Library which has been named after the former Vice Chancellor is unarguably the largest and most sophisticated in Ghana.

The library has a car park and offices specially designated for Professors of the school, to aid in their research works.

Amidst cheers and pageantry, the bust and the newly constructed Joshua Alabi Library were unveiled. Ghanapoliticsonline.com

In appreciation for the honour, Prof Alabi thanked his maker, his family, his colleagues, the Governing Council and the staff of the school for the support, love and dedication towards the vision to make UPSA great.

He recollected his first speech as Rector, in which He prayed for spiritual direction in order to transform the then institute into a world class campus for higher learning. 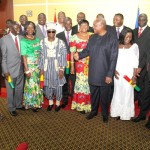