This came as the University authorities since January 8, 2016, suspended the Political Science lecturer after querying him earlier.

But a group, Nerzit Patroitic Front, has kicked against the suspension of the lecturer, asking KASU to rescind its decision.

The group threatened to go to court, accusing KASU and state government of “persecuting Dr. Danfulani because he holds a different political ideology, ethnic and religious learning with the government of the day”.

A letter dated 21st  January, 2015 with reference – CR: 000/KDS/X/D6/Vol.82/150 signed CP Umar Kofar-Niasa addressed to the VC of KASU, reads: “This Department is investigating the above mentioned case involving one of your lecturers, Dr. John Danfulani. You are kindly requested to release him to interview the undersigned through O/C General Surveillance State SCIID Kaduna on 25/01/2006 at about 1000hrs to enable complete our investigation.”

Perhaps unknown to the CP, Danfunali had been suspended by KASU.

The register of KASU, Mrs Talatu A. Kuri, had on January 8, written Danfulani to inform  him of his suspension from the school.

The letter read: “We refer to our letter of query dated 5th  January, 2016 requesting you to explain  within 48 hours  why disciplinary action will not be taken against you for gross misconduct and confirm that you failed to respond. In line with S15 (1) 4 of KASU staff Conditions of Service, the Vice Chancellor has suspended you from duty forthwith and will report the matter to Council.” 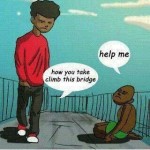