According to the group, members were expected to gather at the Obra Spot from 0700hrs and move on peacefully from there to the premises of the EC to present their case for the need of a new voters’ register, which according to them was bloated.

“…We will not relent in our efforts to ensure that the Electoral Commission does what is right and provide us with a register which is for Ghanaians and by Ghanaians. Our electoral cycle can’t wait for another Anas investigation to prove to the Chairwoman of the EC the very rot that has been sufficiently uncovered already,” a statement signed by the group’s convener, David Asante said.

“We wish to tell all the groups and individuals who are joining us this Wednesday that the picketing is on as planned. Feel free to come. Be a true patriot. Come join this noble fight to defend our motherland,” the statement further said.

Meanwhile, the New Patriotic Party (NPP) has asked its members to join AFAG, Movement for Change, Let my Vote Count Alliance (LMVCA) and CHAMPS in picketing at the offices of the EC.

Making a case for the need to take part in the event, a statement signed by the party’s National Organiser, John Boadu, said “Ghanaians are unhappy about the corruption in the management of the EC’s database, particularly regarding the integrity of our electoral roll.”

The NPP has further argued that the compilation of the biometric voters’ register lacked credibility as the Israeli firm, Superlock Technologies Limited (STL), to which the contract was awarded had no track record of doing such.

According to the statement, a recent UNDP report highlighted the risks that STL posed to the integrity of Ghana’s electoral process.

“The management of biometric database has been outsourced to STL who was expected to train and fully hand over the system to the IT Department of the EC before the 2012 elections. STL has not respected this component of the contract as at this assessment in August 2015. The implication is that the EC will be unable to conduct biometric registration without STL. STL has not been transparent with the officials of the IT department to enable the later to understand how the system functions even though STL officials are based in the IT Department of the EC,” the statement cited the UNDP report as saying.

According to the NPP, the UNDP report supports its contention that the 62-member staffed IT Department of the EC, as currently structured and staffed, posed a serious credibility challenge to future elections. 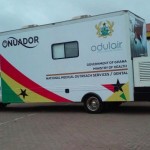