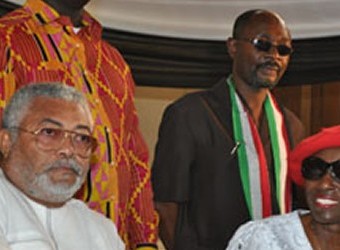 What the Former President is saying now is no news.

He has said it before; it’s false and was denied by Ingeborg smith the Honorary Consul of Austria to Ghana.

She said that they don’t have such an amount in their Consulate and they don’t run a charity company.

I can’t receive money on any body’s behalf by misrepresentation; why is he repeating the same lies at this time.

I was never in Ghana during the entire constitutional Presidency of Flt.Lt. J.J.Rawlings until five months to the tail end of his regime.

This is not the first time he is speaking after a ruling in my favor.

NB: Attached is the audio of Ingeborg Smith denying the Former President’s allegation.