It has come to my notice that an emergency meeting of the National Executive Committee of the party has been called for today Friday the 23rd of October 2015 at 10am at the Party’s Headquarters.

I hereby state categorically that no such meeting of NEC has been scheduled and that members should disregard any such notices they might have received.

I am informed that the said meeting is being called by the Party’s 1st Vice Chairman, Mr. Freddie Blay. By the provisions of our constitution, Mr. Freddie Blay has no vested authority to sanction such a meeting, especially when I the chairman, the constitutionally mandated person to call and preside over such meetings have not authorized Mr. Blay to call any meeting.

I wish to further state that I am in the jurisdiction, available and capable of discharging my constitutionally mandated functions as chairman of the NPP.

I also wish to serve notice, and notice is hereby served that the meeting called by Mr. Blay is an illegality and a breach of our party’s constitution. Thank you very much. Long Live the NPP!
Signed PAUL AWENTAMI AFOKO CHAIRMAN 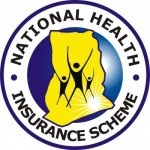