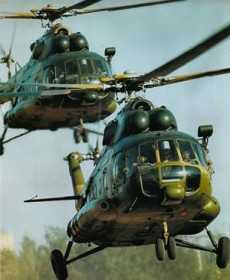 President John Dramani Mahama will this morning commission four helicopters purchased to police the onshore pipelines of the Ghana Gas Company Limited as part of measures to ensure adequate security.

The 4 Z-9 EH helicopters cost the country $100m and would be used by the Ghana Airforce to protect the $1billion Atuabo Gas Processing Plant operated by the Ghana National Gas Company (Ghana Gas).

The commissioning will take place at Airforce Base in Burma Camp, Accra.

The onshore natural gas pipeline system consists of approximately 111km Main Pipeline and approximately 75km Lateral Pipeline, including bitumen surface access roads (including culverts) from the nearest existing roads (of whatever surface) to the regulating & metering stations and valve stations of both pipelines.

The scope of work included the design and construction of a 45-kilometre shallow water extension of a pipeline from the production platform, the FPSO Kwame Nkrumah, to the onshore processing plant at Atuabo.

It also included the construction of 111-kilometre transmission pipelines from Atuabo to the Aboadze Power Enclave in the Shama District, as well as the construction of a metering station at Esiama and another line to the northern part of the region.

Fully aware of the importance of energy sufficiency to the transformation of the national economy, the business module of Ghana Gas is to mitigate or eliminate the current energy deficit by contributing 500 megawatts (MW) to the national energy mix.

Additionally, the Atuabo plant is positioned to process more than 180,000 tonnes of liquefied petroleum gas (LPG) for domestic use, representing about 70% of the national requirement of 240,000 tonnes; the delivery of 46,000 tonnes of condensate and about 15,000 tonnes of isopethain, which will help reduce pressure on the national currency by reducing the import of these products now available through Ghana Gas.