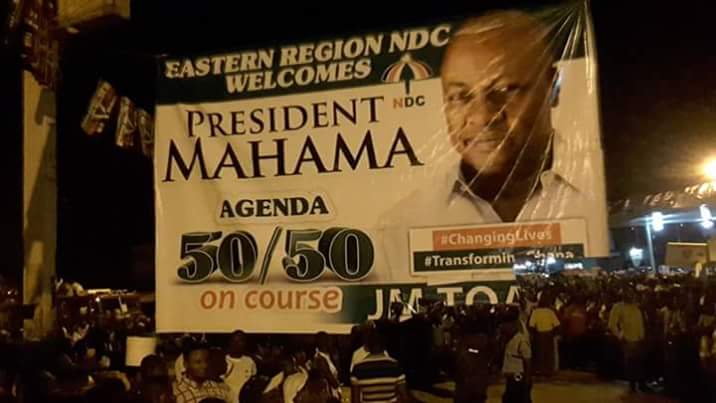 We have been told of a press conference to be held by the clueless Regional Executives of the disorganised NPP in the Eastern Region.

Clearly, our lazy friends on the other side of the political divide have been heaviliy dazed by the overwhelming support and endorsement President John Dramani Mahama received from our revered chiefs and people of the region as he criss crossed the region on his Victory 2016 Campaign tour.

We can understand the frustration and stress they are going through especially when they have a clueless, vindictive and violent dictator as their flagbearer. He is simply not marketable.

The NPP should come to terms with reality that they have lost grips on the Eastern Region and spare the good people of the region these panic reactions.
No amount of lies, insults and fabrications can salvage the situation.

As an executive body, the Eastern Regional Executive Committee of the National Democratic Congress will continue to to lead the way and dictate the pace for our lazy NPP friends.

AGENDA 50-50 gets clearer and real by the day and as such, we shall leave no stone unturned in realising it.

The general public is urged to disregard the lies and fabrications the NPP have planned to unleash on them through their press conference.

The good people of the Eastern Region have chosen the path of peace and progress and have accordingly identified with President Mahama’s Transformational Agenda.