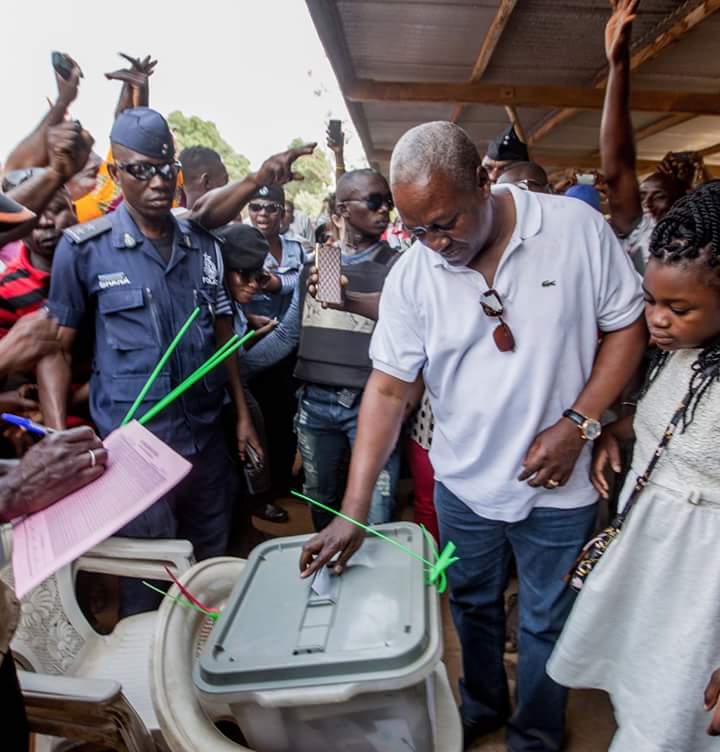 The Presidential candidate for the National Democratic Party, John Mahama has cast his votes in the Presidential and Parliamentary Elections ongoing nationwide.

President John Mahama said he is proud of the achievements of the National Democratic Congress (NDC).
He said he has no regrets about anything in his first term of office, because he has done his best.

Speaking to journalists at Bole in the Northern Region after casting his vote, Mahama said he was proud of all his achievements

“I’m as proud of the big things as the small things: providing a small community with water and the change it makes in their lives is just as important to me as the Kwame Nkrumah Interchange, and, so, I’m proud of everything I’ve achieved.”

Speaking on corruption allegation, he said, “There’s a general perception of corruption in all African countries, I think it’s a stage of our development; as we continue to strengthen the institutions of state I think that people will come to see the integrity in these institutions. We have a national anti-corruption action plan which emphasises prevention, education and prosecution. Often, we concentrate on the prosecution end rather than the prevention and education.” 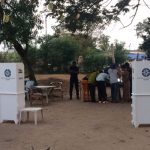 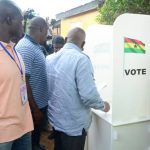