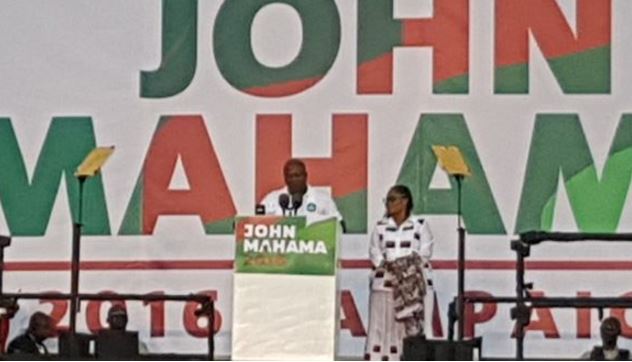 The National Democratic Congress (NDC) will today Sunday, August 14, 2016 launch its campaign at the Cape Coast Sports Stadium in the Central Region.

Thousands are expected to pour into the new Cape Coast Stadium, built by the governing NDC.

The theme for the launch is: “Changing lives, changing Ghana”

The party will also present its presidential candidate and his running mate, parliamentary candidates in all 275 constituencies and the campaign team for the 2016 general elections to the electorate.

President Mahama, who is seeking a second term on the ticket of the NDC, will justify why Ghanaians should give him a second chance to serve as President.

Just after the launch, President Mahama will then hit the ground running with his campaign tour to 16 constituencies in the Western region and is going to be the first region.

President John Dramani Mahama will have his final rally before returning to Accra.