President John Mahama has described development projects in the Eastern Region as more significant under the NDC than the eight years of the previous NPP tenure.

He said the Region was without a new Senior High School and a major healthcare centre but the NDC government has put up schools and a hospital at Abetifi which can be classified as a Regional Hospital.

President Mahama was speaking on GBC’s Sunrise FM in Koforidua as part of his Eastern Regional tour.

President Mahama said though political parties make promises in their manifestos, the process of implementing them when in power is quite challenging.

He said the realities of delivering on campaign promises are far different from the assumptions when not in power.

He said the NDC is delivering on some of its promises and believes Ghanaians will vote for the party to continue with its work.

Touching on work in the Public Sector, President Mahama said most public institutions can work efficiently if the workers change their lackadaisical attitude towards work.

He said most of the problems in the public sector stem from managerial and attitudinal causes.

The President said government will continue to support public institutions, but workers must also complement this effort with a positive attitude to work. 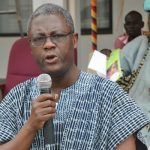