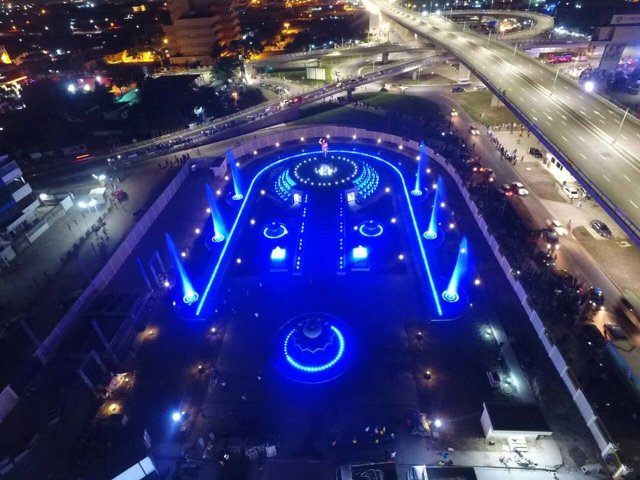 The construction of the Kwame Nkrumah Interchange created thousands o

jobs and would do more in the coming days, President John Mahama has said.
He said the project would open up the country to its neighbors for improved trade as well as reduce the time Ghanaians spend commuting to work.
President Mahama made these remarks when he commissioned the Kwame Nkrumah Interchange in Accra on Monday.

‘Ghana is rising, better times ahead’ – Mahama
President John Mahama has promised an improvement in the economic situation of Ghanaians if he is given another term in the upcoming elections.
He said the policies his government has put in place have helped to ease out the challenges facing the economic and promised to do more.

Mahama to commission ‘Dubai in Ghana’ Kwame Nkrumah Interchange
President John Mahama is set to commission an ultra-modern Kwame Nkrumah interchange in Accra which is sure to change the landscape of one of the most busiest business centers in Ghana.
The Interchange, a cool 74 million Euros project is a revolutionary piece of infrastructural architecture that has transformed Circle as it is popularly called, into a three-tier interchange set to dissolve the area of heavy traffic.
Brazillian company Gueiroz Galvao Construction was awarded the contract to construct which began in October 2013 with an expected completion date of September 2016.
The Kwame Nkrumah Circle is part of what is known as the Ring Road. It was constructed during the first post-independence government of the Convention People’s Party in the 60’s. But by 1990s, using the road became a stress-inducing exercise dreaded by motorists.

The interchange comprises a fly-over from the State Housing Corporation head office, to La Paloma on the Ring Road, the Akasanoma fly-over, which is located at Circle, the Nsawam fly-over, and a bridge over the Odaw River.

Make-shift bus terminals that caused huge traffic in the area have been moved to newly constructed terminals complete with lavatories.
There is a water park nestled in the intricate fly-overs with impressive lightning system.
Social media is awash with photos of aerial views of the interchange at night already being compared to the quality infrastructure in Dubai.

Ahead of the commissioning, party supporters of the governing National Democratic Congress and onlookers have filled the area awaiting the arrival of the president.
Nkrumah Circle launch3
Nkrumah Circle launch
The interchange is a heavy political investment by the government whose trump card ahead of the December 7 general elections is its record of infrastructural development.
Expect more….