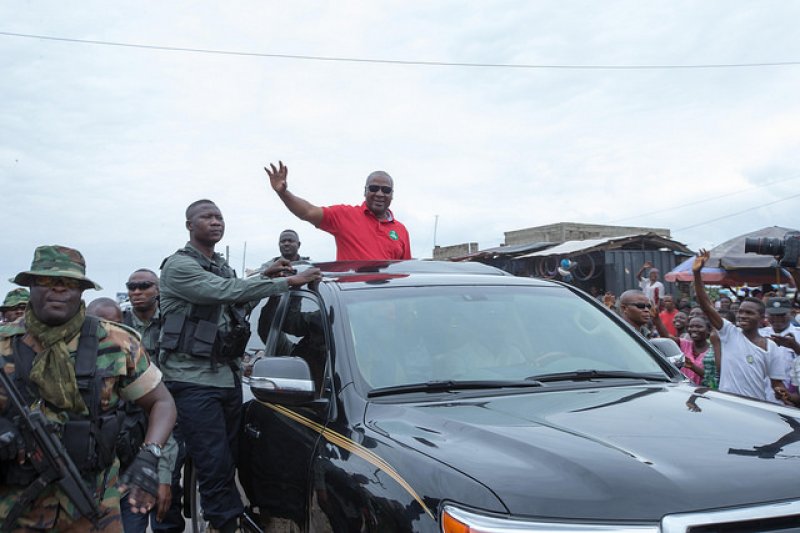 President John Dramani Mahama has been forced to truncate his campaign tour to Bawku in the Upper East Region following the collapse of a multi-storey department store in the capital, Accra.

The Achimota branch of a Melcom shopping centre collapsed on Wednesday morning trapping many inside the building.

According to eye witnesses, the six-storey building collapsed after an explosion, injuring workers, shoppers and pedestrians and cracking windscreens of nearby vehicles.

The ultra-modern six-storey Melcom shopping complex is opposite the Neoplan Assembly Plant at Achimota and the Agricultural Development Bank(ADB).

According to PeaceFM’s presidential affairs correspondent, Emmanuel Jentu, President Mahama is likely to make a detour by flight to Accra to witness the disaster at first hand.

Meanwhile, in a tweet moments after the building collapsed, President Mahama said: “My prayers are with the workers, shoppers and others who are trapped in the rubble of the Achimota Melcom building.”