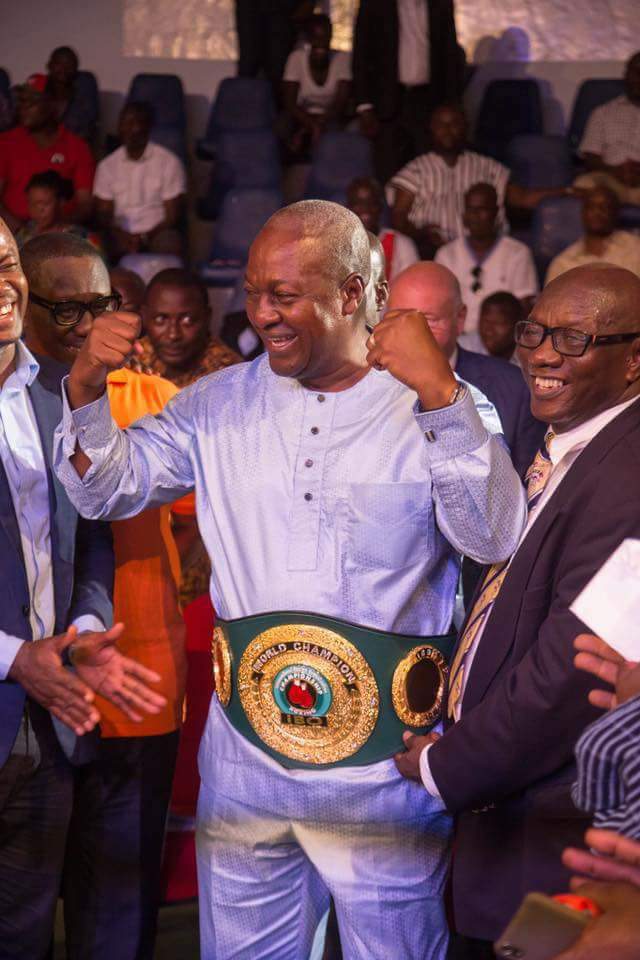 With barely three weeks to go for the 2016 elections, President John Dramani Mahama, appears to have bragging right over his main contender; Nana Akufo-Addo of the New Patriotic Party (NPP), as he shows projects and gives hints of what he would do, when retained in office for another 4-year term.

The impressive edifice, has become the talk of town, with Ghanaians travelling from all walks of life to catch a glimpse of the longest and biggest interchange in West Africa, priced at 74 million Euros and constructed by the Brazilian company; Construtora Queiroz Galvão.

Drivers, commuters and even pedestrians, who for years, have been spending time in traffic and are, therefore, overwhelmed with excitement, have at the least contact with the media, called for a retention of President Mahama in office to continue his good works.

The commissioning, has dwarfed the NPP claim against the Mahama government that he has nothing to show for the huge loans he had contracted from the country’s development partners.

With his “Changing Lives” motto, President Mahama, will in the coming days, commission other major projects in Accra, including the new Ridge Hospital, inauguration of the James Town-Bukom ultra modern boxing arena, inaugurate the new liquid waste treatment plant, to make way for the eternal closure of lavender hill, which has been in existence for the past 60 years. The same region has witnessed an unprecedented supply of potable water under Mr. Mahama since Ghana’s independence.

A court complex, has also been commissioned for Judicial Service by Mr. Mahama in the Greater Accra Region.

President Mahama, will in the month, inaugurate the Kasoa interchange, to ease traffic to and fro the Central, Western and Ashanti regions.

He will also later break grounds for the one billion dollars expansion works on the Tema Harbour and Tema Motorway to commence.

He would also dedicate the new Sekondi-Takoradi-Kojokrom railway line in the Western Region.

These have been preceded by the refurbished iconic Adomi Bridge in the Eastern Region, which was officially opened to traffic by the President in December, last year.

They have also been preceded by the Komenda Sugar Factory, which commenced commercial production of Sugar on Monday, November 28, 2016.

The new Cape Coast Stadium, was also inaugurated recently by the President in the same region to the delight of residents.

The 600-bed University of Ghana (UG) Teaching Hospital, the expansion of the Kotoka International Airport, the Kumasi Airport and the Tamale Airport. The Mahama government has also commissioned a number of secondary schools and added infrastructure to existing ones, including universities.

Government through the Ministry of Communication, has also opened computer labs and ICT facilities across the country, to impact information technology on the youth.

Four days ago, President Mahama, inaugurated the Gold Coast (GC) Refinery Ghana Limited, which officials say is the largest gold refinery in West Africa and the second largest in Africa, making real his 2014 promise to establish a gold refinery by the end of his tenure.

The $110 million plant refinery, which is located within the Airport Light Industrial Area in Accra, has the capacity to refine raw dust, scrap gold and other precious metals up to 180 metric tonnes per annum in a single shift production.

President Mahama, at the inaugural ceremony of the Kwame Nkrumah flyover disclosed that the facility was longest and the highest flyover in West Africa, and he was confident it would decongest traffic flow, which cost the country an estimated 100million dollars per annum.

He stated that his administration is committed to improving the transportation system in the country and is working feverishly towards that objective with construct ion of an interchange at the Tema end Motorway, a flyover of the East Legon onto the Motorway and a major road project that will lead traffic from Pokuase to Madina Ritz Junction in Accra.

The is also another bridge in the offing at Volivo in the Volta Region to be sponsored by the Japanese government to lead commuters onto the Eastern Corridor road to ease traffic on the Adormi Bridge and prolong its lifespan.

“Lack of traffic flow results in an estimated loss of about 100 million dollars per annum to our national economy,” he said.

“Time is a precious invaluable commodity and once spent, it cannot be recovered. Effective use of time, therefore, has a direct impact on our economy and must be calculated as a contribution to our GDP,” the President added.

President Mahama, stated that “With the opening of this interchange on which at peak hours is used by about 80,000 vehicles and daily it is estimated to be used by about 200,000 vehicles, reducing travelling time between the Ring Road Central and Feo Oyeo Intersection towards the North Industrial Area from two hours to just approximately five minutes, not only are we saving hundreds of millions of cedis in time wasted by the delay and the travel time, but we are also stimulating business and economic activity,” he added.

The $ 74 million project was jointly financed by the Brazilian government and the government of Ghana.
The project which stated in October, 2013, according to some experts, is the second of its kind after one in Dubai. 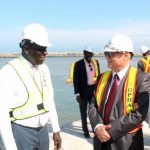