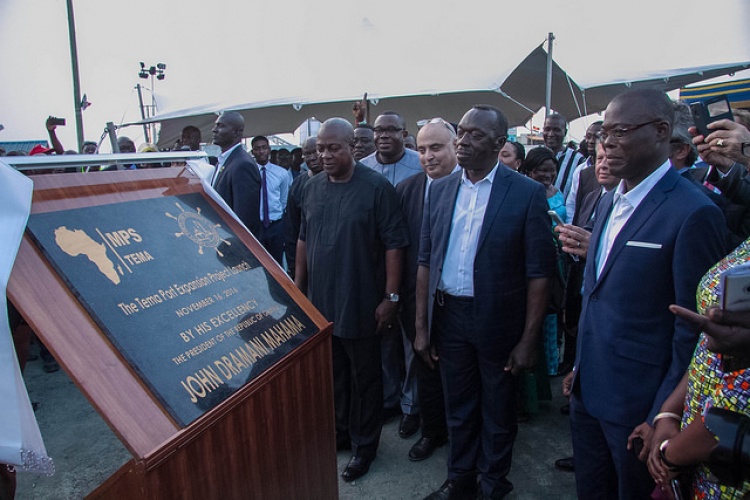 Ghana marked a major milestone in the development of its maritime industry when President John Dramani Mhama cut the sod for the expansion of the Tema Port yesterday. The project, the single biggest investment since the port was establish in 1962, is estimated to cost $1.5 billion.

It is a joint venture between the Ghana Port and Harbours Authority (GPHA) and the Meridian Port Services (MPS) and its partners, Bollore Transport & Logistics and APM Terminals, under a 35-year concessionary agreement. The project is being financed by the International Finance Corporation (IFC).

It will involve the reclaiming of some 120 hectares of land from the sea for the construction of an inland container terminal, operational office and other ancillary units. Others are the creation of 16-metre draft and a 1.4-metre quay wall with a four-metre deep berth that will enable the port to accommodate bigger vessels of about 360 metres long.

The facility will be equipped with sophisticated container handling gantry cranes and terminal operating systems, thereby quadrupling the capacity of the port to handle some of the world’s biggest container ships of 18,000 container cargo capacity.

It will thus enable the port to berth West Africa maximum vessels (WAFMX) with a 4,500 and 5,000 twenty-foot equivalent units (TEUs) tonnage. The project will also increase the port’s capacity to handle some 3.5 million TEUs of cargo and become one of the most efficient facilities in the West African sub-region.

President Mahama indicated that the project would generate some 1,000 jobs during the construction stage and an additional 5,000 new direct jobs upon completion. “The overall economic impart will translate into 400,000 jobs along the whole maritime transport chain,” he stated.

The President announced that under the expansion works, MPS would expand the Tema Motorway into a six-lane road, with the Japanese International Cooperation Agency (JICA) providing assistance for the development of Tema end of the motorway into an interchange. 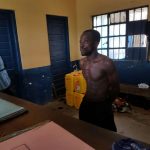