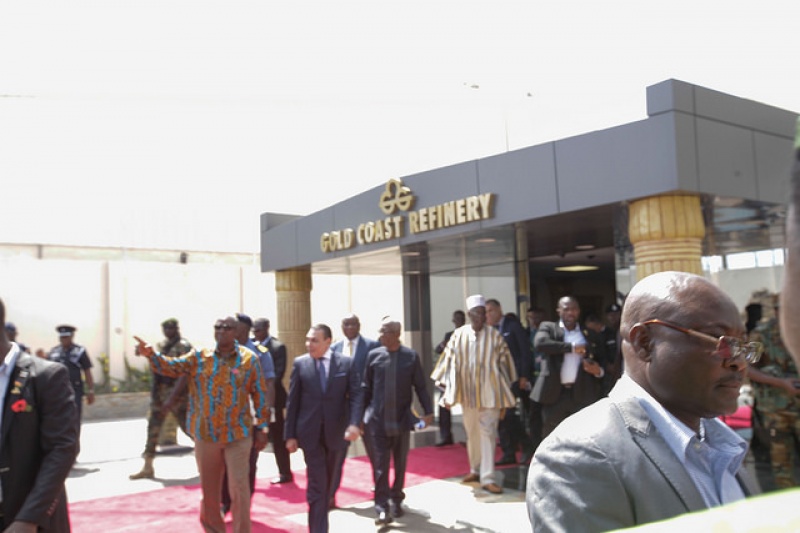 President John Dramani Mahama on Friday said government was putting in place measures that would make Ghana a jewellery hub in Africa.

He said: “We have all that it takes – the raw gold and other minerals – and now that a refinery has been established, it would facilitate the setting up of a jewellery village in Tepa in the Ahafo-Ano District of the Ashanti Region.”

President Mahama said this when he inaugurated a 110 million-dollar Gold Coast Refinery established by Banking and Financial Services, Euroget Group of Investors from Egypt and local shareholders.

The Refinery, which was registered under the laws of Ghana with the business operations in refining gold and other precious minerals, is located within the vicinity of the Kotoka International Airport and has the capacity to refine raw (dore) dust and scrap gold.

It also has the capacity of 180 metric tonnes per annum in a single shift production, first of its kind in West Africa and second largest in Africa.

President Mahama said the establishment of Gold Coast Refinery was in line with government’s policy on value addition to Ghana’s raw materials and export diversification programme.

He said government’s approval of the Mineral Mining Act in 2014 would also provide adequate impetus for more investors in the area and appealed to potential investors to take advantage of the fertile investment environment in the country.

“Ghana is practising rule of law, good legal framework in addition to transparency, which will attract and encourage more businesses to invest in the country,” he said.

President Mahama said the mining sector was already contributing about 14 per cent to the Gross Domestic Product of the national economy and with value addition in the coming years the figures could be doubled for the benefit of all.

He said exports in the sector had risen from 40 per cent in 2012 to 45 per cent in 2015, a situation that could double and create numerous jobs for the teeming youth of the country and beyond.

The President said the establishment of the refinery would also deepen the relations between Ghana and Egypt which started many decades ago.

Dr Said Deraz, the Chairman and Chief Executive Officer of Euroget Group of Investors, said for commercial operations, the refinery would offer transportation and logistics services for precious metals, assaying, melting and testing.

Dr Deraz said the refinery, which is expected to commence full operation in December, would produce 600 kilogrammes per shift of eight hours and provide 300 direct and 1,200 indirect jobs.

He commended the Government for creating an enabling environment for doing business.

Mr Nii Osah Mills, the Minister of Lands and Natural Resources, said it was gratifying that the Euroget Group of Companies and their partners had invested in gold refinery after so many years exporting raw gold.

He said the establishment of the gold refinery would create jobs and provide adequate revenue to government and urged the investors to respect their financial obligations during their operations.