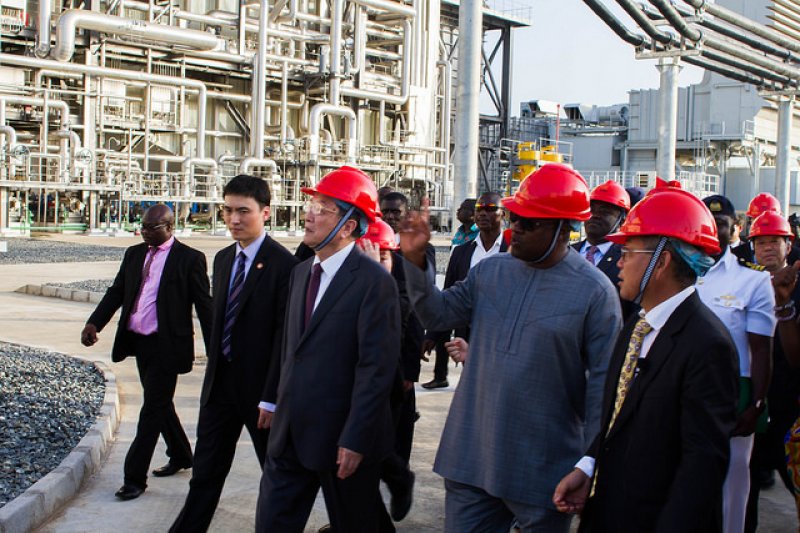 President Mahama began the third leg of the Accounting to the People tour in Hohoe a while ago. The president was met with a choking and enthusiastic crowd at the outskirts of Hohoe and chaperoned to the durbar grounds where the Chiefs and people had gathered in waiting to listen to him.

President Mahama earlier in the day inaugurated the 46km Eastern Corridor Road from Dodo Pepesu- Nkwanta (At Pepesu). He then inspected the ongoing Dapa- Pampawie- Ahamasu Junction Cocoa Road project and interacted with the people.

At another Courtesy call on the Chiefs and people of Kadjebi, the president was met with a similar spirit of friendship and support, where he assured them of continuous development including asphalting of the Kadjebi town roads among others.

President Mahama heads to Dambai to inaugurate the Worawora- Dambai Road tomorrow after which he will depart to Chindiri to inaugurate one of the 200 Community Day Senior High Schools.

Day two of the tour will also take him to Kete Krachi.

It will be recalled that within two weeks the Accounting to the people working tour took the president to Western region and Eastern region.