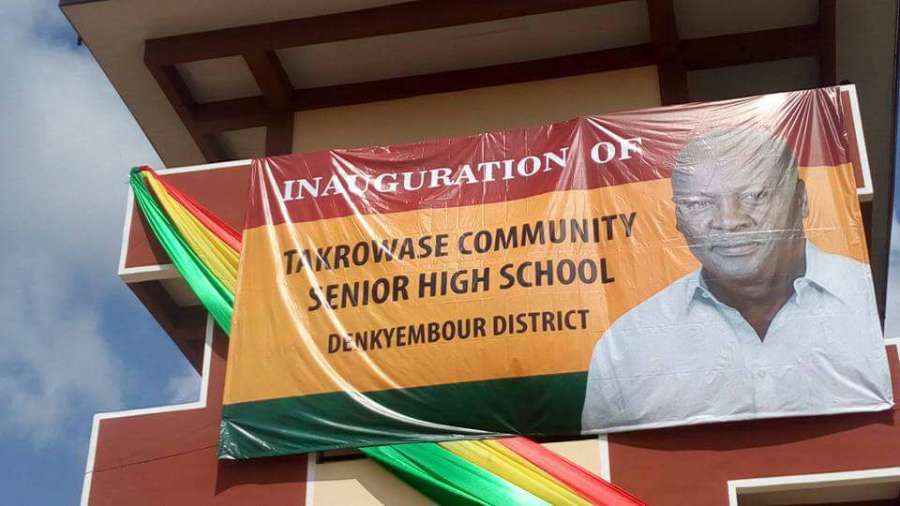 In a brief address, the President indicated that the government views equitable expansion of access to education as important because second cycle education is a critical bridge that connects basic education to tertiary education and the world.

He said without good education, the country cannot improve on its human resource base. President Mahama said his government will fulfill its promise to the nation by expanding and upgrading senior high school education which he made in his 2012.
play

He pledged his commitment that every eligible Ghanaian would not be denied the opportunity to access education due to their geographical location.

He noted that the expansion of educational facilities would be meaningless unless there was a collective effort and all stakeholders act as agents of change.
play

President Mahama is in the region for a five-day campaign tour.
He is expected to tour Abetifi and meet fisher folks as well as farmers at Sempoa and also address a mini-rally at Mpraeso Lorry Park at Nkawkaw to inaugurate the Kwahu Fodoa Community Day Senior High School.

A statement issued by the Eastern regional secretariat of the National Democratic Congress (NDC) said Mr Mahama would end his first day with a durbar in the Abuakwa North constituency, where Victor Smith is standing as NDC’s parliamentary candidate.
play

On the last day, Mr Mahama will head for Koforidua and later end his tour at Lower Manya Krobo on Friday, October 28.