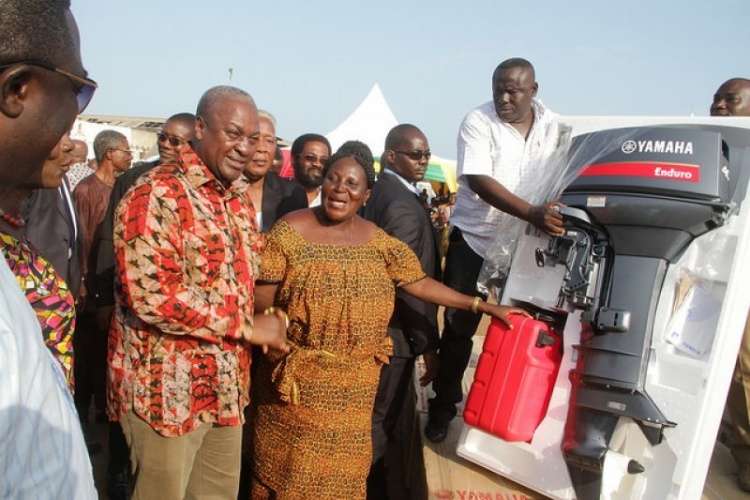 An Ultra-modern fish processing plant has been inaugurated for the people of the Central region at Elmina.

The eleven million dollar fish processing plant have several components, including a cold store which can take in 100 tonnes of fish and a machine for the processing and packaging of fish.

The Elmina area is a predominantly fishing community and the Plant comes as great relief as post-harvest loses will be a thing of the past.
President John Mahama, who inaugurated the facility last night in Elmina, assured the people that the promised Landing Beach project will take off in his second term.

The project was funded by the Export and Import Bank of India.
play

The famous Kotokuraba market had been the best tick on the wish list of the people of Cape Coast and surrounding communities for years.
He will also commission the first phase of a $160-million interchange at Kasoa in the Central region.

The interchange is expected to reduce considerable traffic on the Accra-Cape Coast road. Residents living beyond the toll booth at Tuba and into Kasoa have had to endure stressful travels on the road.