Presidential candidate of the Ruling NDC and President of the Republic of Ghana His Excellency John Dramani Mahama begins his campaign tour of the Upper East Region this afternoon.

The President ended a hugely successful tour of the Upper West Region last night with the inauguration of another Community Day Senior High School at Lambussie. Whilst in the upper west region, President Mahama also cut sod for the development of a Farmer Service Center at Gwollu.

During the Upper West tour, President Mahama also inspected work on the almost completed Water Project to provide the people of Wa and its surrounding communities with over 3 million gallons of water every day.

The President remains confident NDC will win all Parliamentary seats in the Upper West Region and an increased in the Presidential vote come December 7.

President Mahama is expected to address a mammoth rally in Bolga this evening. 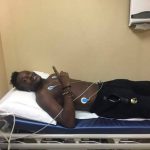