The President, in consultation with the Ghana Education Service (GES) Council and the Public Services Commission, has confirmed the appointment of Mr. Jacob Aaworb-Nang Maabobr Kor as the new Director-General of the GES. The effective date of his appointment was August 18, 2015 having served as acting head of the education agency since January this year.

Born on September 21, 1959, Jacob Aaworb-Nang Maabobr Kor, popularly known as Jacob Kor for short, comes from Nandom in the Upper West Region. He is a devoted Catholic and a married man with three children aside the many other needy children who benefit from his philanthropy. He started his primary education at Baamwon Local Authority Primary School in 1965 and continued it at Pufio Local Authority Primary School. After his Common Entrance Examinations, Jacob Kor entered Nandom Secondary School in 1972 and graduated in 1977 with G.C.E. ‘O’ Level certificate.

Mr. Kor ever taught at Holy Child Training College at Takoradi, Obuasi Christ the King Catholic Secondary School and Akrokerri Training College. He was a principal for Mount Mary College of Education in Somanya. He has been Director at Ahafo-Ano North District, Curriculum Research and Development Division (CRDD) of GES and at the Central Regional Directorate of Education. He is a professional man of international repute as he has attended and even presented several papers at conferences and workshops held in countries, such as Namibia, France, Rwanda, Burkina Faso, Gambia, Singapore, Chicago, USA, United Kingdom and Kenya.

Mr. Kor authored books, such as Life Skills for Senior High Schools (1998), Education Studies for Students in Teacher Training Colleges in the New Millennium (2000) and ICT Practicals for Practitioners (2010). He was a co-author of the publication, “Strategic Planning in Education: A Case Study of Ashanti Regional Education Directorate” in 2011. He has also been a trustee to Adansi West District GNAT, Publicity Secretary to Pax Romana I.M.C.S. and Assistant Secretary to Knight of Saint John International. He is a marriage counsellor as well.

I officially joined Director General Jacob Kor at the Headquarters of GES as a staff of the Public Relations Unit on August 3, this year having served as a professional teacher, school counsellor and journalist for some years. Prior to my transfer to the Headquarters, I was serving and still serve on the editorial board of the GES Journal, a quarterly publication of the Ghana Education Service. Until I took office as a Public Relations Officer (PRO), I never met Mr. Kor face-to-face though I heard a lot of fine things about him when he was at CRDD and at Central Region as director. My senior colleagues and officers at the Public Relations Unit, Reverend Jonathan Bettey and Mr. Issah Baffoe, who have worked closely with Mr. Kor for years, also have fat tally sheets of fine achievements and deeds of our new education boss.

The man, in fact, is a hardworking and time conscious species. He is active, open and inspirational. Usually by 7am, he is at post and attending to visitors, participating in meetings and ensuring that affairs within Management run well. He is usually available, visible and accessible. My maiden encounter with him was when he met three new PROs transferred to the Headquarters, including my good self and he said, “GES does a lot of good things but the public hardly hears of us. Our success story has not been adequately told. Help us to tell these stories well as teachers and as public relations officers. Make sure you regularly update your knowledge and understanding of the educational and professional policies of GES to enable you to communicate things well to the people”.

I would have kept mute on his appointment if he had been a bad officer. I hate to pretend and to give praises to people who do not deserve them. Praise is given where it is due and I think Mr. Jacob Kor qualifies to take it. Just listen to how the chairman of the Central Regional Committee for 2014 Best Teacher Awards, Mr. Albert Kwesi Addison, also chose to describe Mr. Kor, “From a humble beginning, you have striven to reach great heights and still forging ahead. You assumed duty as Central Regional Director of Education in September, 2013 having taken over from Mr. Augustus Nii Lante Cleland, then Western Regional Director of Education who acted briefly in the Central Region as Regional Director. We must confess that you came to the Central Region at a time morale was unbelievably low, though briefly assuaged by Mr. Augustus Nii Lante Cleland’s tack and diplomacy when he acted. Much as we do not want to compare the management styles of people, we can say that you are a God-sent redeemer, comforter, pace setter and above all a true personification of humility and great industry.”

“Though you are humble to a fault, anyone who takes that to be your weakness does so at a risk. You are firm, fair and above all extremely friendly. These qualities of yours draw people to you and prompt them to work as no one would want to incur your displeasure since you are a listening administrator. Within the relatively short period that you have been in the Central Region, we have started feeling the impact of the stuff you are made of. Your punctuality to work and unannounced visits to schools and GES offices in the region have put teachers and officers on their toes with the sleeping and dormant ones being stirred to action. Your frankness and loving manner you rebuke people when the need arises and the gentle and fatherly way you praise others when the demand so prescribes have, to a great extent, made you a much respected Director and father to all. We have stated the bare facts and nothing but the truth about you for the period that you have been with us. Being human, you definitely have your soft spots and for that matter weaknesses but placed on a weighing scale, your positive side will far outweigh your negative part thus signifying a self actualized man with respect for human dignity. We Love You”, Mr. Addison added.

Once again, we say congratulations to our new D-G Kor and may the Lord continue to guide you to guide GES and our educational system!

The writer is a Public Relations officer at the Headquarters of the Ghana Education Service. 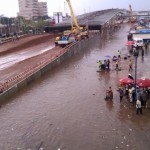