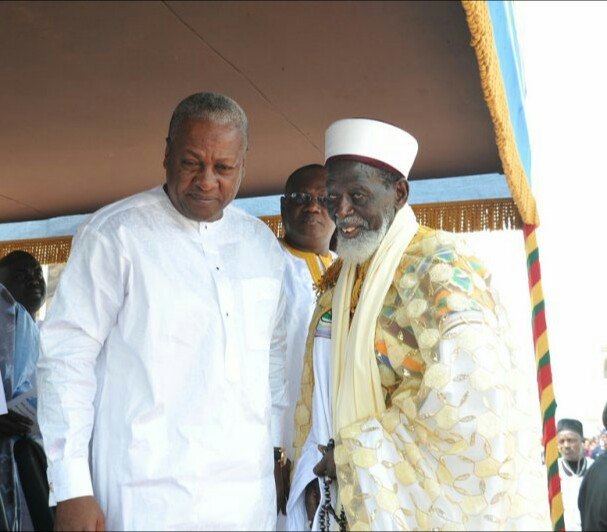 President John Mahama has apologised for government’s inability to airlift all Muslims scheduled to fly to Saudi Arabia for the 2016 Hajj pilgrimage.

“I wish to express my regret to all who due to certain reasons were unable to embark on the Hajj this year” he addressed Muslims during Eid Ul Adha prayers in Accra.

There were chaotic scenes at the Hajj Village in Accra on Friday August 9 as stranded prospective pilgrims demanded answers from the Hajj Board for their inability to board the last flight.

The frustrations were against the backdrop of accusations of favouritism to enplane party faithful of the governing National Democratic Congress (NDC) on the last flight.

The Hajj Board revealed it had refunded a colossal amount of money to most of the unsuccessful Hajj hopefuls with few left to be settled.

Explaining the causes of the disappointment, the president said, it was because of a dramatic growth in the number of pilgrims as against the 5,424 quota set for Ghana by the Saudi Arabian government.

He said the airlifting of 2,500 pilgrims straight from Tamale to Saudi Arabia affected the number of those who were expecting to perform the pilgrimage from the capital Accra, the traditional flight route.

President Mahama promised to fix the inconvenience by boosting the number of Ghanaian pilgrims next year.

“I have asked our Hajj committee to request an increase in our quota of pilgrims ….to 7,000 pilgrims next year.”

The President also urged Muslims to uphold the peace as the December 2016 elections beckons. The elections are Ghana’s sixth since 1992 and pit the governing National Democratic Congress (NDC) against its arch rivals, the New Patriotic Party (NPP) and several other smaller parties.

“I am always thankful that Allah has blessed me with the opportunity to be the president of such as industrious, united and peace-loving people like Ghanaians”, he said.

President Mahama encouraged Muslims to turn out in their numbers to vote in the elections.

“I remain confident that once again….you will respond with vigour and deliver another peaceful fair and transparent election to the world,” he noted. 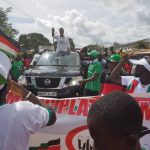