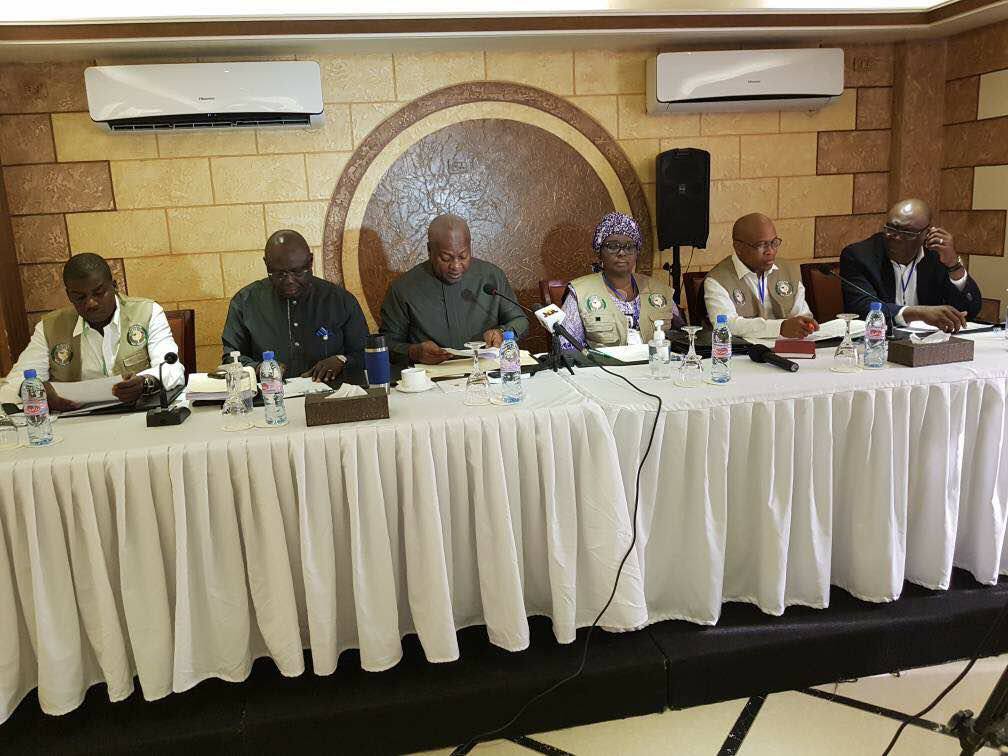 The briefing included a presentation by the ECOWAS Technical Support Team that was deployed to assist the Liberian National Election Commission evaluate their voter register and technical capacity.

The Technical Support Team, which was led by the former Chairperson of the Electoral Commission of Ghana, Dr. Kwadwo Afari Gyan, assisted the Liberian NEC to update their systems, tackle the queries of the political parties and also meet the directives of the Liberian Supreme Court.

Addressing the Observers before their deployment, President Mahama thanked them for their sacrifices to help Liberia make history.

He also reminded Liberians that the sanctity of the polls, and the stability of the country after the elections, will depend on them and not ECOWAS, the Observers or the UN.

Current Vice President, John Boakai of the Unity Party, is heading to the run-off with former footballer George Weah of the Coalition for Democratic Change (CDC).