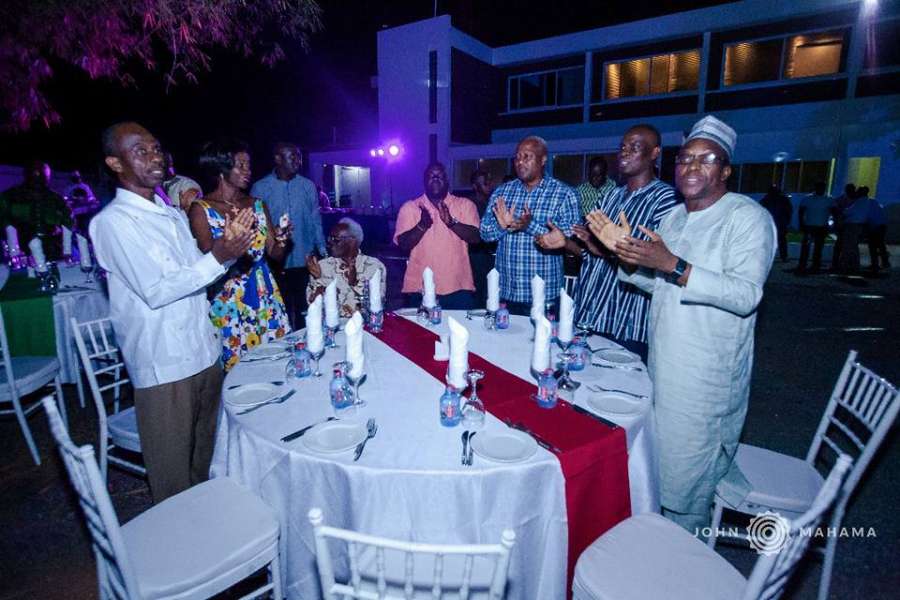 A former President John Dramani Mahama has organised an end of year party for the NDC Members of Parliament and other bigwigs of the party.

Ex-president Mahama lost to President Nana Akufo-Addo in the 2016 elections.

However, there have been calls from some quarters of the party for him to contest again as their flag bearer in election 2020.

He has not confirmed his candidature or otherwise but has done many things which can be seen as a way of winning voters to his side if he is to contest.

This includes hosting some party bigwigs for an end of year party.

Some of the people present include the General Secretary of the NDC, Johnson Asiedu Nketia; Majority Leader in Parliament, Haruna Iddrisu; the Second Deputy Speaker of Parliament, Alban Bagbin, the Ahwoi brothers among others.