Zero tolerance is zero leadership. The Declaration of Principles on Tolerance issued by UNESCO (1995) provides more insight on the meaning of tolerance. Article 1.4 showcases this: “Consistent with respect for human rights, the practice of tolerance does not mean toleration of social injustice or weakening of one’s convictions.

It means that one is free to adhere to one’s own convictions and accepts that others adhere to theirs. It means accepting the fact that human beings, naturally diverse in their appearance, situation, speech, behaviour and values, have the right to live in peace and to be as they are. It also means that one’s views are not to be imposed on others”

Our President should know that tolerance is the foundation for mutual respect, understanding, cooperation and cohesion.

It is also a prerequisite for creating win-win situations and sustainable success. And if the President works on his temperament, it will be the first level of positive energy that will help him motivate and inspire himself and Ghanaians. If he bury that dangerous display of anger, he will appreciate the differences he has or may have with others. Ghana is too polarised for our President to adopt this posture. We saw him display same behaviour when he was the Attorney General. How he made life uncomfortable for Rawlings after the latter’s famous “Positive Defiance” statement. We saw the aggression he attached to his desire to persecute appointees of the Rawlings administration, we saw and heard the numerous clashes between his supporters and those of his cousin, Owuraku Amofa, we heard about the importation of Serbians and South Africans to train some Npp youth activists. Intolerance can close our eyes and defeat our aspirations.

I am still struggling to understand why the President decided to waste that huge opportunity to calm nerves of those so called “reckless self-seekers”. Why he decided to deepen the line dividing the masses along political lines, and why he holds the assertion that all who are opposed to the agreement are from other side of the political divide. The truth is that, we have some of the agitators protesting from religious perspective, others, for political convenience, others from ideological standpoint, some based on our contemporary geopolitical dynamics etc etc…Some of his own people are against the agreement based purely on religious reasons. The bitter truth is that most people who are against Israeli occupation of Palestine, have serious issues with the United States militarisation policy. Among other reasons, the Israel-Palestine issue pushes some of the militants to embark on their nefarious activities. The situation is becoming more dangerous because of Trump’s position on the Jerusalem question. Trump’s anti-Islam policies is gradually deteriorating the already rocky links between the United States and the Arab world. We have others who condemn the agreement based on their ideological inclinations. Yea, it is natural seeing the pro-left elements rise up against this pro-American initiative. Those arguing from that perspective have the CIA’s own declassified information on how the United States removed Nkrumah and other African leaders, to support their position. We have others who argue purely from the geopolitical and economic position. The issue about the Americans and the Chinese interest in Africa, and the new phenomenon of competing over space in Africa. I don’t think we can do indepth analysis of the various reasons.

About 90 percent of the reasons the President gave to justify his anger were inaccurate…they include equating diplomatic immunities and courtesies to the clauses and immunities captured in the current agreement, use of ID cards by our soldiers when travel on peacekeeping operations. About 90 percent of the points he raised in his speech to justify his “reckless self-seekers” attack were wrong. His assertion about transparency was inaccurate. He had no other option per the Supreme Court’s recent ruling on Article 75 of our constitution.

The President could not manage his anger between the time the announcement of his state address and the time he delivered his address? Isn’t that dangerous. It has become fashionable that when our leaders make some embarrassing gaffes their supporters and communicators claim they have been misquoted by reporters or their political opponents. For too long, reporters and communicators have been characterised as petty criminals who derive pleasure in misquoting leaders. Many such claims are a last line of defence by some irresponsible leaders and their henchmen meant to apportion blame and present journalists and communicators of opposition parties are reckless and unpatriotic delinquent who are always looking to create spin and propagate everything that is destructive. That is what the President and his henchmen are seeking to do. We all heard the President and the least sophisticated mind understood clearly what he meant. I am told his communication Bureau are coming out with the local version in our local languages. Do we need this at this time? And can that take away the anger bit in the speech? What about his general demeanor and his own statement that he was angry.

I think it is time for our pastors, Imams, Civil society organisations etc to speak out against some of these excesses in the system. I know it would have been a different game if that statement had come from John Mahama. Throughout his Presidency, Mahama displayed tolerance and decorum. Some pastors and neutrals chastised him strongly over few statements they thought were not in good taste. He never poured insults on his critics and never saw them as reckless self-seekers.

My fear is the 2020 election looking at the President’s level of intolerance and total disrespect for law and order. We all must pray for this great nation whenever we go on our knees and also pray for the President. The Npp, already has more than 10 vigilante groups, they have recruited some of these vigilante operatives into our security institutions, brought down experts from Serbia and South Africa to train party activists in weapon handling etc. From where I sit, I could see tension come 2020 if we do not bury our hypocrisy and speak out, if we do not allow the spirit of tolerance to prevail over all other parochial interest. Democracy is expensive as they say- it is not only about the monetary aspect, but the difficulty in at times abandoning our interests for our general good, building of concession, and allowing views of others be them minority or majority to be heard. Beloved, the strength of our democracy would be known in 2020…Let’s pray. 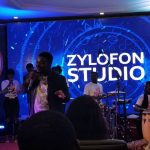 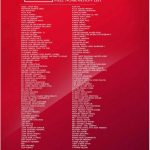