Mr Abraham Ossei Aidooh, a former Majority Leader and Minister for Parliamentary Affairs, has stated that President Nana Addo Dankwa Akufo-Addo’s government has so far performed very well to the satisfaction of Ghanaians and the international community.

This, he said would inform the decision of the masses to vote massively in 2020 to retain his government in power.

“In fact, it is clear that the President’s victory is coming again and it will be a mega victory, that is why the NDC is pessimistic about the future” Mr AIdooh told journalists during a campaign launch of Dennis Amfo-Sefa at Tema. Mr Aidooh said he was there when the party was formed in 1992 and commended members for their vibrancy over the years.

He was also full of praise for Dennis Amfo-Sefa popularly known Nana Boakye, for his contribution towards the party and urged delegates to vote massively for him to become the next constituency chairman.

Mr Aidooh testified that Nana Boakye’s massive contributions to the welfare of the NPP was a nationally known fact, pointing out that if he was able to do that, then he would do much better when he was eventually voted into power as constituency chairman.

The campaign by Dennis Amfo-Sefa, a thoroughbred New Patriotic Party (NPP) loyalist, for the chairmanship of the Tema West Constituency branch of the party, was officially launched on Saturday amidst glowing testimonies about his track record.

The campaign launch was also attended by NPP stalwarts including; Henry Nana Boakye, aspiring National Youth Organiser of the party.

“Dennis is a national asset,” Nana Boakye, alias Nana B, said adding that his talent was required at the national level, but he had asked to be allowed to serve at the constituency level.

Mr Boakye, therefore, intimated that Tema West NPP would do itself a lot of good if it voted massively for Nana Boakye to become the next Constituency Chairman. Mr Carlos Kingsley Ahenkorah, the Member of Parliament for Tema West asked delegates to trust his judgment again with Nana Boakye and vote massively for him.

When he eventually took the floor, Nana Boakye drew thunderous applause from the guests before outlining his administrative vision for the constituency. He said his approach would be three-pronged if he becomes Chairman – human, infrastructural and mental development.

He said plans were underway to establish a party office in every Electoral Area in the Constituency and revealed that he had already discussed with Mr Abraham Ossei Aidooh, former Minister for Parliamentary Affairs about putting up a Constituency office on a parcel of land that the party had acquired during the days of Ex-President Kufuor.

In respect of the same project, he revealed that he had discussed with former MCE for Tema, Evans Ashong-Narh, and received his blessings.

The Aspirant said he was aware that since the party came into power, some stalwarts had not yet benefited and promised that all of them would have their share of the cake. 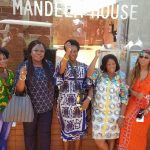 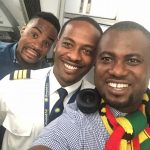