President Akufo-Addo will officially outdoor the Asantehene, Otumfuo Osei Tutu as the National Cocoa Consumption Ambassador towards the promotion of local consumption of cocoa at a ceremony in Kumasi on the 1st of next month.

The outdooring of the Cocoa Consumption Ambassador is one of many programmes lined up by the Ghana Cocoa Board, COCOBOD, to commemorate its 70th anniversary.

The climax of the celebration will coincide with this year’s World Cocoa Day which will be witnessed by both national and international dignitaries, including the Presidents of the World Cocoa Foundation as well as the International Cocoa Organization.

The Senior Public Affairs Manager of COCOBOD, Noah Amenya, who announced these at a news conference in Kumasi, said the 70th anniversary celebration which begins with a Cocoa Recipe Cooking Competition among students of the 10 Technical Universities and Polytechnics is on the theme: “70 Years On; Mobilizing for a Sustainable Cocoa Economy.”

Mr. Amenya explained that the celebration focuses on a national strategy to add value to locally produced cocoa and stimulate increased prices of the produce on the global market.

He announced the official closure of the 2016/2017 Cocoa season. 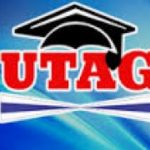