President Nana Akufo-Addo has dismissed the Chief Executive of Cocobod Dr Stephen Opuni.
This was contained in a letter dated Thursday, January 12 and signed by the president’s Executive Secretary. Dr Opuni was given up to the end of Friday, 13 January, to vacate his office.

The letter said Dr Opuni “ceases to hold office as CEO of Cocobod upon assumption of office of President Nana Akufo-Addo.”

Dr Opuni is therefore expected to hand over every office document and property in his possession since he occupied the office as Chief Executive of Cocobod.

No reason was given for his dismissal.

This is not the first dismissal letter given to a public official by the Nana Addo-led government. President Akufo-Addo issued a directive asking all Metropolitan, Municipal and District Chief Executives to vacate their post with immediate effect.

The directive from the President is in line with Article 243(3)(b) of the 1992 constitution which allows the president to revoke their appointments.

In a letter signed by the president, all the MMDCEs appointed during the Mahama-led government were to hand over to their coordinating directors for further instructions. 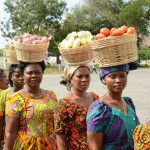