Leading members of the Progressive People’s Party (NPP) are in the twin-city of Sekondi-Takoradi in the Western Region to oversee the smooth arrangements for the party’s national convention which is taking place at the Ghana National Association of Teachers (GNAT) Hall.

Already, party stalwarts, including its 2012 Presidential Candidate, Dr Papa Kwesi Nduom, and incumbent National Chairman, Nii Allotey Brew Hammond, are in the metropolis to ensure that the day-long programme comes off successfully.

Meanwhile, as of midday yesterday, all was set for the PPP to hold its Second National Convention, in which nearly 2,000 delegates are participating.

With the convention’s theme, ‘‘Strategise to Form Government in 2017,’’ and the slogan ‘‘Ghanaman, Yennhwe ma ?nnsee and Progressives, Awake,’’ the party is leaving no stone unturned to make a great impact during the 2016 polls.

Indeed, some of the party’s delegates had arrived at the venue at the time of the Daily Graphic’s visit and two large banners had been displayed inside the GNAT Hall.

According to party sources, all the delegates attending the event must be seated at the venue by 9a.m.

The party’s banners had also been mounted at vantage points within the twin-city to affirm the PPPs readiness for its convention.

At the party’s regional office, close to the Takoradi Market Circle, a brass band provided music while the party leaders inaugurated an 11-member regional advisory council, charged with the responsibility of guiding the PPP to electoral success in the region.

The convention will also affirm national officers of the party who will steer affairs of the PPP for the next four years. 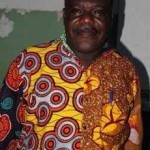