Pope Francis describes himself as “a sinner” in need of God’s mercy, in an upcoming book where he also urges the Catholic Church to focus on its mission as a grassroots, hands-on organisation.

The first book of his papacy, “The Name of God is Mercy,” published on Tuesday in 86 countries, comprises a series of interviews, some of them highly personal, with the 79-year-old Argentine-born pope.

In extracts from the French-language edition provided to AFP by the French publisher Laffont, the pope calls himself “a man who is in need of God’s mercy.”

Expounding on the notion of forgiveness, the pope — a frequent visitor to prisons — refers to his “special relationship” with convicts.

“I have always been very much attached to them, precisely because of the awareness that I have of being a sinner,” Francis says, according to AFP’s translation of the extracts.

“Every time I cross the doorway of a prison, I always ask myself, ‘Why are they are here, and not me?’ I should be here, I should deserve to be here. Their fall could have been mine. I don’t feel superior to those in front of me.”

The pope, interviewed by veteran Vatican reporter Andrea Tornielli, talks of the power of “shame,” describing it as guidance from God for providing a moral path.

“Shame is a grace: When we feel God’s mercy, we really are ashamed of ourselves. Despite all our past of wretchedness and sin, God remains faithful to us and raises us up.”

Turning to the jubilee year he launched on December 8, whose theme is divine mercy, the pope says, “The church condemns sin, because it has to tell the truth: this is a sin. But at the same time, it embraces the sinner who acknowledges what he is.”

“I hope that the jubilee will show the face of a Church which is rediscovering the womb of mercy,” Francis added.

“A Church that goes out into the world… a field hospital whose characteristic is to spring up wherever there’s fighting. Not some elaborate structure, kitted out with everything… (but) a mobile structure, for saving (people), for fast intervention.” 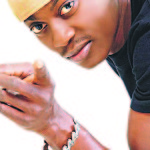 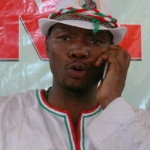