Seven (7) persons have been arrested following a violent clash between the youth of Nima and Mamobi.

Five are in custody and two are on admission under strict surveillance.

Speaking at a news conference in Accra, the Director-General, Public Affairs at the Ghana Police Service, ACP Kwesi Ofori, said they are pursuing the other criminals and bringing them to book.

The clashes on January 18, 2021, are reported to have been led by two rival groups from Nima and Maamobi.

Reports say some lives were lost but the Police are yet to confirm that.

Earlier, videos emerging on social media showed the youth in the adjoining Muslim communities with clubs and cutlasses.

In one of the videos, gunshots were heard while the youth were seen in other videos wielding machetes.

ACP Kwesi Ofori said the situation is under control. 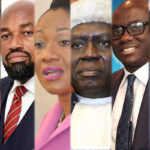 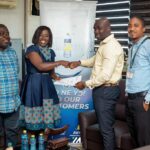